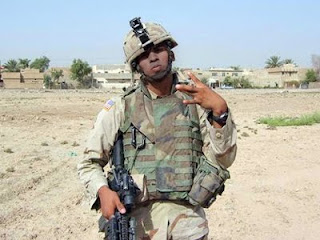 Well here’s another disturbing one that shows corruption on yet another level. This one involves the bottom up not the top down. Guns stolen from the Military sold to gangs in the US.

A wide-reaching investigation by military and civilian authorities has uncovered a criminal conspiracy within the Armed Forces to steal and sell nearly $2 million in guns and combat gear to gangs in the U.S. and foreign countries including China, military officials have confirmed.

With cooperation from Marine and Navy officials, NCIS has been able to conduct 66 investigations involving 47 active duty Marines and sailors to include enlisted and high-ranking officers and 21 civilians who are now in various stages of prosecution. A sergeant with Marine Corps Special Operations Command was found guilty of stealing and reselling military property, said MarSOC spokesman Maj. Jeff Landis.

Sadly it is reminiscent of Huntsville. What Al Martin described as the vortex of corruption. A military installation where stealing fro the military was rampant. Profits from those stolen arms went into individual off shore banks accounts. That has nothing to do with doing somehting bad to obtain a good objective. It is simply theft driven by greed. Stealing from taxpayers and what’s worse, arming enemies of the State. That is treason.

Sadly, it must be a large problem because the day before 9/11 Donald Rumsfeld said the Pentagon was missing $2.3 trillion dollars. That is a huge amount of money. Privatizing the military and thereby removing what little public accountability there is is not the answer.

The FBI Announces Gangs Have Infiltrated Every Branch Of The Military. Including bikers.