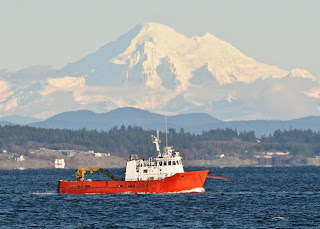 Again we see bizarre extremes. Millions on a fleet of over priced jets that can’t be used in the Canadian arctic and aren’t for self defense, billions on banks that didn’t need a bail out, while they cut military services and the Canadian coast guard. These are not conservative values.

Neither is promoting cross border shopping. Harper continues to attack small business and destroy the free market in Canada. The neo con continues.