Spotlight on the Pickton Inquiry 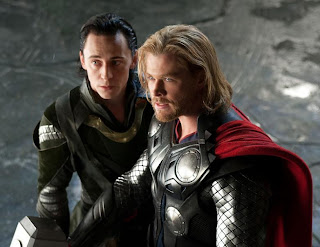 As the missing women inquiry draws to a fiery conclusion, every day we read new testimony about how the Hells Angels were tied to the Pickton farm. In fact that is the reason the public inquiry was shut down and transformed into a panel discussion instead of an inquiry.

David Cameron was the champion of justice and Wally Oppal was the snake in the grass scoundrel that censored the inquiry. We had expected that from him. He was likely the worst possible choice to head the inquiry. He fell before Gordon Campbell did because people were upset with what a lousy job he did as AG. Now he’s a giggling Austin Powers as he promotes his new acting career whilst committing welfare fraud at the missing women’s expense.

Last month the Vancouver Observer reported on a retired nurse named Bonnie Fournier who worked in the Downtown Eastside since 1968 but hasn't been allowed to testify at the Missing Women Inquiry. She had workered with numerous sex trade workers in the DTES for years. Late one night in 2000 she said she saw a black shape being dragged out the passenger side of a large vehicle on Cordova Street which turned out to be a person. If the truck Fournier saw was his, it meant Pickton had an accomplice. She asked the woman if it was him. “I can't say, because I'd be dead,” she told Fournier. “They'll kill me.” They implies more than one person. Wally opal has not allowed her to testify at the inquiry. He should be charged with obstruction of justice.

What’s even more disturbing is the testimony of another witness Bonnie Fournier was working with. “Sharon” said she was in Surrey, shoplifting at a mall -- she supported her drug addiction by stealing, not prostitution, Fournier said -- when two women who knew her from the Downtown Eastside approached and invited her to a party, “with free booze and drugs.” The women went to a “well-known Hells Angels spot” located on the King George Highway, just before it enters Surrey: a rental house they called the “House of Pain.” (We know it as the Surrey House of Horrors. that would have been on 108 Ave just off king George around the corner from Gus' shop)

“They went there, and then were moved by station wagon or van – 'We're going to a party with good music,'” Fournier was told. “They were taken to the (Pickton) farm from this house in Surrey. “After they got to the farm, Sharon said everyone was into the drugs – lots of drugs. When they pulled in there, she got a gut feeling that this was scary. . . she got a gut feeling and bolted from the car and ran to Lougheed Highway. She was picked up by a bus on Lougheed and given a ride in to Vancouver by a sympathetic driver.”

We know Yvonne Marie Boen's DNA was found at the Surrey house of horrors as well as on Pickton's Pig Farm. To hear new testimony of a van taking people from the House of Horrors in Surrey to a Hells Angels party at the Pickton farm is disturbing indeed.

The third new piece of information recently reported in the media is the fact that the police had the Hells angels on the Pickton farm under surveillance and they didn’t want to mention that over optics. They didn't want to be accused of bungling their job.

Bungling their job? That’s an interesting choice of words. Aside from meaning legal liability, it also implies leaking out information about a police operation that went bad. It sure sounds a lot like Operation Phoenix to me. I wonder if that is the operation they are talking about. Gary Bass, the former RCMP deputy commissioner in B.C., agreed during testimony Wednesday that several police operations were targeting the motorcycle gang in the Lower Mainland during that time.

Cameron Ward, the lawyer for two dozen family members of the murdered and missing women, suggested the women were taken to parties at Piggy’s Palace, given drugs and later killed on the Pickton farm. “The RCMP’s organized crime agency was simultaneously conducting intelligence operations on the Hells Angels members and the associates who were frequenting the area. Does that sound accurate?” Ward asked.

“I’ve never seen any reports or had any briefings that indicated something like that was happening,” Bass replied. But the records created by the many RCMP agencies investigating the gang haven’t been made available, Ward said. In fact, not only has important evidence been deemed inadmissible, numerous exhibits on the Inquiry’s web site are censored and deemed restricted. That is not a public inquiry.

There is no connection between Dave Pickton, the Hells Angels and Piggy Palace with his red hearing mandate but there most certainly is within the real mandate of the inquiry. May I remind the court that the real name of this public inquiry is the Missing Women Inquiry. It is an inquiry about why so many women went missing and how we can prevent that from happening again.

Robert Pickton was convicted of murder on the premise that he may not have been the only person involved in the murders. In fact the judge’s instructions to the jury went so far as to say they could convict Robert Pickton even if he wasn’t the prime suspect, as long as he was an active participant. When new evidence comes forward about possible accessories in the murders and Wally Oppal buries that evidence then he becomes an accessory to murder.