The Mismanagement of BC Hydro 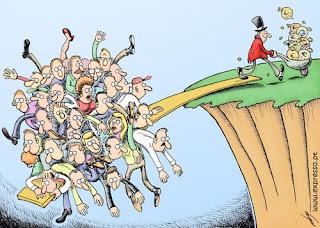 Michael Smyth hit the nail on the head in today’s column. He claims the BC Liberals are just postponing BC Hydro rate hikes until after the election. No doubt. At first is sounded like they were promising us BC Hydro rates would drop some time in the future. Yeah right. Now it seems they simply ordered BC Hydro to cut it’s proposed rate increases by half. So the increases are still here. There’s just not as big as they were going to be until after the election. Shysters.

Last year when BC Hydro proposed the 30-per-cent increases, the government ordered a review of the corporation. Sounds like cheap haggling to me. Isn’t that kind of like wanting a 10% increase, then getting BC Hydro to ask for a 30% increase only to have the government step in and save the day by cutting that in half and making it a 15% increase? It’s still a 15% increase. The Liberal government’s mismanagement has created a serious problem and we are being conned.

The union representing hydro workers said the government is hiding its own mismanagement at BC Hydro, while holding back rate increases until after next May's provincial election. I think that’s the key hear. Campbell Clark disastrous mismanagement of BC Hydro. Keeping p[art of BC Hydro public while privatizing the brokers that sell power to BC Hydro at an inflated price. That is the ultimate scam.

So here we have this massive artificially created debt that BC Hydro keeps hiding by deferring it which we will one day have to bail out. Then they spend a huge amount of money on flawed Smart Meters that over charge consumers as well as monitor them over a wireless network for thieves to intercept. Those flawed meters are a huge extra cost. Further debt and further expense to the taxpayer. They are doing this to create a manufactured emergency to rationalize privatizing BC Hydro completely like BC Rail. How about disband the privatize power brokers ripping off BC Hydro so it can return to a profit making dividend paying tax revenue creating entity. Imagine that.

We need to address this because upgrading to electric cars is important but we need the chargers in our homes and condos for charging over night. 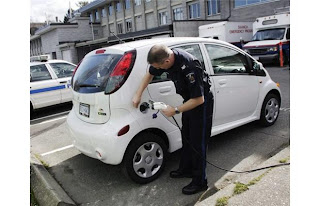