A Balance between the Extremes 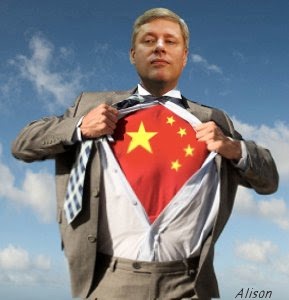 I’ve said this before and I’ll say it again. I really think it’s important that we see through the ridiculous stereotypes and find a balance between both dramatic extremes so we don’t get led astray by either side or rather either extreme.

There was some discussion in the Vancouver Province today about how the minimum wage has finally been raised to a humane level after being frozen by the Campbell government for so long. One person wrote in with the ridiculous perception that minimum wages are a Marxist ideal and we need to pay people what they are worth. Don’t get me started. Human beings are worth a lot more than ten dollars an hour. Greed redefines worth in terms of how much money we make which is absurd. Here we have a coveting Capitalist who wants to get rich by employing slave labour. Saying a minimum wage is Marxist will create a knee jerk reaction. People will say, well if that’s Marxism then I guess I’m a Marxist. Only it isn’t Marxism, it’s common sense.

Many people define capitalism as democracy. However, that isn’t necessarily true. Capitalism can also be described as greed. Always wanting more than someone else. Technically, imperialism could be defined as capitalism. The old era of colonization where you conquer a country and exploit them with taxation without representation. That is what the Boston Tea party and the American Revolution was all about.

The purpose of the American Revolution was not to say we don’t want England to tax us, we want to become our own empire so we can conquer and tax others. The purpose of the American Revolution was to establish a free republic where democracy, free speech and human rights are protected. Provide for the common defense meant to help others find democracy and freedom. It didn’t mean exploiting others through greed. The oil wars have started to change that. That is why the constitution is in jeopardy.

It’s not about the poor being jealous of the rich. It’s about protecting the poor from being exploited by the rich. When the rich steal from the public purse by committing investment fraud, that is wrong. When the rich pay zero income tax while the poor pick up the tab, that is wrong. Those are valid concerns. Yet throwing out the baby with the bath water is not the answer. Waving the Communist hammer and sickle is concerning.

My father used to say Communism works in theory but it doesn’t work in practice. That’s because historically we have always seen some rich elitist take over the workers revolution and change the agenda by poisoning the dream. Under Stalin, the striking university students would face riot police using live ammunition. People could argue that the striking students in Montreal wouldn’t be striking in a Communist dictatorship because university would be free. Yet if you’re grades weren’t high enough you wouldn’t be let in. The bottom line is that free speech and lawful assembly did not exist in Stalin’s empire. It wasn’t a free republic. In East Berlin, when the Berlin wall was still up, the machine guns pointed inward. To prevent it’s citizens from escaping.

Stephen Harper likes to throw around the socialist word a lot. He said if you don’t vote for me, you’re a socialist or a separatist. Again that’s counter productive. I don’t agree with Harper so I guess that makes me a socialist. Yet there is a better way.

Instead of saying Capitalism represents democracy because that isn’t necessarily true, we need to establish that a free republic represents democracy. Empires or dictatorships don’t. Within a free republic you can define boundaries. You can protect individual rights and aspire to collective rights at the same time. This is within a constitutional government. Like Maximus helped set up for Rome in the movie Gladiator.

This whole nonsense of breaking windows and vandalizing things concerns me. If that is your quest you can not only count me out, but you lose my support as well as a great deal of public support. Responding with a clenched fist that says, I don’t care what the public think. I will break things and hold them at ransom, is wrong. That’s no different than the capitalists. The only difference is that you want to be the one on top exploiting others.

I will however say this: Neocons always run around like chicken little and cry the left will tax and spend, the left will tax and spend, the sky will fall if we vote for the left. Yet their own pork barrel politics is taxing and spending more than the left ever did. The only difference is they spend it on different things. Neocons spend the money on their rich friends who give them kickbacks by donating to their campaign. The left spend it on the elderly, the disabled and the homeless. The left builds the kind of world I want to live in.

Harpers obsession with big business and oil monopolies is anything but a free market where small business can participate. Big business squeeze out small business and prevent them from existing. Historically it was big business which funded and high jacked Communism in the past. We need to remember that. Stephen Harper is on the wrong road. He is not a Conservative.