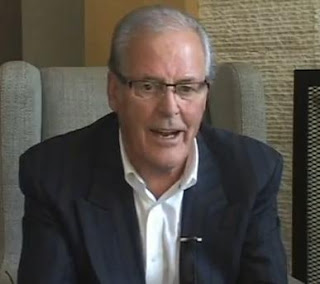 Residents of a Kitsilano apartment building are holding an all-day vigil to keep B.C. Hydro from installing smart meters this week. Sonya Makaroff, whose family owns a 74-unit building on York Ave., has plunked herself down in the lobby and is ready to deny access to Hydro personnel.

A notice on the front door says the building’s owner is “unable to grant installers access to exchange meters.” Hydro intends to install new meters, which use wireless technology, sometime before 8 p.m. on Wednesday.

My guess is they put them in anyways. Smart Meters are a scam. They aren’t just an upgrade from an analog meter to a digital meter. They are a wireless surveillance device recording when you're home, when you're at work and when you're away on holidays. they transmit this personal information over a wireless network which anyone can intercept.

They are used to implement time of Day billing where they can charge more for daytime usage. They have been shown to be incredibly flawed as numerous complaints have risen where hydro bills have mysteriously skyrocketed after they were installed.

Hydro’s new meters are part of a $930-million, province-wide program. Yt BC Hydro is deferring a massive debt that was artificially created by privatized hydro brokers that sell power to Hydro at an above market price to rip off consumers. This is becoming another Enron. A public company should be publically accountable. there should be a cease and desist on the smart meters and the private power brokers Gordon Campbell made which has created this artificial debt should be done away with immediately.