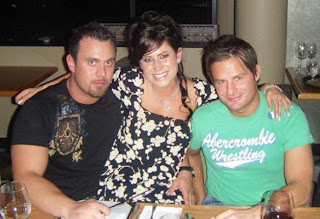 CBC News and the Vancouver Province are reporting that Jeff Buziak is offering a substantial reward for someone to come forward with information about his daughter’s murder. Somewhat bizarre the Saanich police are asking the public to ignore it.

Dillon Sahota is a Central Saanich Police officer isn't he? Speaking of cocaine in Victoria, the Basi Virk case started because of allegations of their involvement in drug trafficking and money laundering through real estate. Dave Basi’s cousin Jasmohan Singh Bains was convicted as Mr. Big. Turns out that Bobby Virk was Dave Bassi’s cousin too so that means he was also related to Mr. Big. Lindsey's former boyfriend Jason Zailo has a lot of dark associations. I wonder what else John van Dongen will discover when he examines the BC Rail Scandal.

Posted by Dennis Watson at 1:13 PM