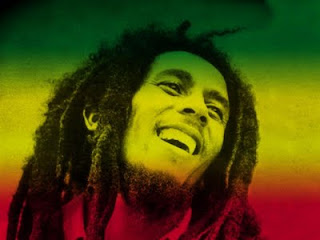 I would like to clarify that my concerns about Mossad teaming up with the CIA in drug smuggling, money laundering and using investment fraud to raise money for operations, has absolutely nothing to do with them being Zionists. When I was conducting an interview for my story on Earl Brian, the subject referred to one of the people involved and said he was a Zionist tied to the Mossad. The term Zionist has very different meanings for different people. When I first heard the reference I thought to myself, so? I’m a Zionist. Aren’t we all? Don’t we all aspire to build a better society?

I was somewhat shocked to hear some people describe Zionists with a passionate hate. Why on earth would you hate on someone for wanting to build a better society? The misconception arises when people call Zionism when Jewish settlers evict Palestinians from their homes and build Jewish homes on that same spot. That has absolutely nothing to do with Zionism.

Zion is a Biblical term. It’s a quest to build a better society. The city of Enoch was a successful attempt to create the perfect society on earth. The Caribbean brothers and sisters are well familiar with the term. Bob Marley was a Zionist for heavens sake. He counseled us to get up, stand up and fight for your right. The way of the rebel. Wyclef from the Fugees even referred to the lion from Zion just like Bob Matley did. Bob Marley's clothing line is Zion Rootswear.

I totally support the Jews right to a homeland. Everyone deserves a home. Including the Palestinians. The holocaust was a horrific tragedy. As I’ve said before, my grandfather received burns on his back from Mustard gas in the trenches of WWI. Opposing genocide is the right thing to do. Killing Jews, Muslims, Catholics, Protestants, Buddhists, Gays or Atheists, is wrong.

The Palestinian conflict is a heart wrenching mess. Gaza randomly firing rockets into Israel, after Israel pulled out of Gaza giving them more autonomy, was absurd. Then Israel using white phosphorus on Gaza in response was extreme. I remember hearing some Canadian trade Unions getting all freaked out calling upon Israel to tear down the wall they built to defend themselves against rocket attacks. I thought to myself how ridiculous that was. If someone was firing rockets at me, I’d build a wall to defend myself too.

The forced evictions are a very sensitive concern. I can’t help but think of the Old Testament verse that says Vex not the stranger that sojourneth with thee. The whole concept of loving your neighbor and treating others the way you want to be treated seems to be sadly forsaken by both sides. Yet there is Neve Shalom / Wahat al Salam – the Oasis of Peace. Where Jews and Palestinians live in the same community based on principles of religious freedom. Imagine that.

Nevertheless, Mossad teaming up with the CIA to smuggle drugs and commit investment fraud to fund raise for operations concerns me greatly. Surely, if a Canadian went to Israel and stole money from Israel through investment fraud, that would concern them too. The problem arises when a secret service has no public accountability. Intelligence agencies need to obey the law and protect human rights. Stealing is wrong. No black op will change that. Keeping an unlawful state secret is unlawful.