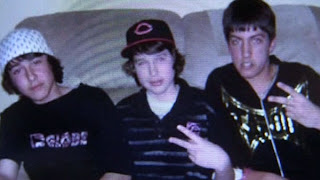 This is revolting. Jamie Kehoe’s murder was big news in Surrey. He was an innocent bystander sitting on a bus and a guy runs up to him and slashes his throat abruptly ending his life before it really got started. A tragedy that matches the Jesse Cadman murder.

Yesterday the news broke that the crown will not be proceeding with charges against the accused because of the unlikelihood of conviction. Not because he was innocent, but because the court couldn’t prove beyond a reasonable doubt that the accused didn’t murder him in self defense. That is absolutely outrageous.

Jamie was a small kid. The accused isn’t. Jamie was a nonviolent skateboarder. He’s sitting on the bus with two friends, a guy and a girl. Another guy gets on the bus with another girl who becomes belligerent and relentlessly antagonizes the girl who is with Jamie and his other friend. The whole bus ride she keeps yelling at the girl, challenging her to a fight while the girl is silent.

As the belligerent girl gets off the bus the girl who was taunted the whole trip tells her to f off after she gets off the bus. The antagonistic girl freaks. She runs back onto the buss and starts kicking the sh*t out of the girl she had been taunting. The guy with the antagonistic girl then runs up to Jamie as he’s sitting in his seat and slashes his throat for no reason. That is just plain evil.

After he slashes Jamie’s throat, Jamie’s friend jumps in and starts to fight the assailant and ends up getting stabbed. That’s what happened. Denying the family a day in court because you don’t think you can prove it wasn’t in self defense is even more evil that the horrific murder itself. Just because two girls are fighting doesn’t necessarily mean the guys are going to jump in. They might help separate them or pull one off if the other starts getting seriously beat up but there is no reason this case can’t go to trial. Preventing the case from going to trial is a travesty of justice. It’s time to mobilize and march for justice. Being silent on this issue is wrong.

Update: A similar case in Chilliwack involving Lori Stevens has shown that particular crown counsel to be negligent.