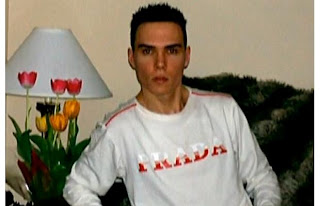 These two cases have nothing to do with gangs but they do involve murder. Since everyone is talking about these two bizarre cases, I'll cite them both at once. On the east coast we have Luka Rocco Magnotta a wing nut from Montreal. This is the person accused of sending human body parts to the Tory Headquarters in Ottawa. At first I thought it was just a bizarre false flag stunt to help distract the public from the robocalls and all the other many scandals the Tories are currently entrenched in.

Seemingly there was a disturbing video of a guy murdering someone on the Internet. I haven't seen it and I'm not going to link to it. The point is, this whack job was identified from the video. He hasn't been arrested or charged he's just a suspect that the police are asking for the public's help in finding. If you know who this guy is, it might be worth while telling the police before anyone else ends up dead. Police have back tracked on Luc Wingnut’s possible connection to Karla Homolka.

The other case is the recent police shootout in Maple ridge where a murder suspect named Angus David Mitchell was shot dead. He has ties to a security firm in Victoria and was suspected of killing his landlord in Burnaby as well as a suspect in the recent Sushi restaurant double murder. 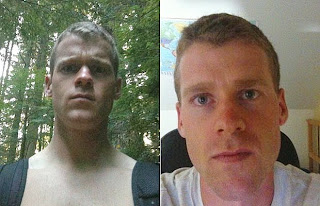 The guy was 5 foot 4 and 121 punds. He wasn't even big enough to be a jocky. Just goes to show you that any kid or nutbar can pull a trigger and commit murder. Committing murder doesn't make someone hard care. It makes them deranged.

Speaking of nutbars in Maple ridge, some whack job is on a cat killing spree there. 24 cats have been killed in the past year in one small area of Maple ridge. Dismembered cat parts are being displayed all over town. Most recently someone dropped off a cats severed head at an elementary school between recess and lunch. This is yet another example of what it means to be deranged.