PROMIS software used to track medical records in BC 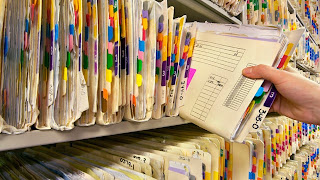 I can’t believe this. A friend from the States sent me this local story. He knows a fair bit about the PROMIS software because it was stolen from him. Turns out it’s now being used to track medical records here in BC.

The PROMIS software is a tracking program stolen by the CIA and modified by Michael Riconosciuto for them. They put a Trojan horse in it and sold it to Canada and other allies to help them keep track of their police records and intelligence files. The Trojan horse gave the CIA complete access to all of Canada’s police files as a result.

Since the software was so good in tracking things is was also used to help them launder drug money. Now they’re using it to keep track of medical records in BC. I can’t believe they didn’t even change the name of the software. You think if they were going to hack into all our medical records, they’d be a little more discreet about it.