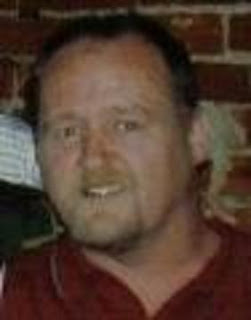 Bob Green is a member of the Hells Angels. He was once the manager of the North Burnaby Inn. He is a director of Grant Street Holdings which owns the Burnaby Hells Angels clubhouse. In 2005 that same property was owned by 666 Holdings of which Bob Green was also a director. http://www2.canada.com/vancouversun/news/story.html?id=9f8139e4-4161-4af3-8f99-a460d3b300f1
.
So basically the ownership of the property hasn't changed, just the name of the company. They changed the name of the company from 666 Holdings to Grant Street Holdings named after 3910 Grant Street which is the address of the clubhouse. Why would a grown man name a company 666 Holdings?
.
When we were kids I used to have a room mate who listened to Iron Maiden 666 The number of the beast. It was just a JOKE. A dumb song kids used to play to be goofy. No one took it seriously.

.
Why would Sonny Barger, the focal point of the Hells Angels put the number 666 on his elite filthy few patch? Grown men bragging about the number 666? That's so high school. 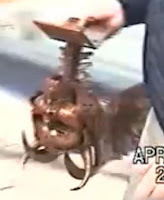 .
Let's take a look at the dead head the police dragged out of the Toronto Hells Angels clubhouse. Holy Lord of the flies Batman, that looked deranged. Grown men drinking beer and smoking a blunt gathered around a deranged deadhead with horns? That is weird.
.

I never really noticed it before but if you look at the Hells Angels logo, their dead head has horns. Thus the Toronto clubhouse dead head is a model of the official logo. That looks satanic. Dumb, juvenile and satanic. When we think of the father of all lies who glories in rape, murder and torture, we realize no grown man with a brain would voluntarily enlist in that. That is why he is referred to as the father of all lies. "Oh we don't do that. They're haters and lie about us at every opportunity."
.

.
Oh really, the Hells Angels are the liars. All the drug convictions prove they are a criminal organization. The turf war with the Rock Machine in Montreal, what was it over? Drugs. The violence with the Finks and other gangs in Australia is over drugs. All the violence is over the drug trade that they claim not to be involved in.
And the prostitution rings they claim they are not involved in... they own brothels in Amsterdam and Vegas. Yes it's legal there so stop lying and stop saying the Hells Angels aren't involved in prostitution. BTW even Amsterdam doesn't like the Hells Angels. City Hall claims the Hells Angels used their bully tactics to buy the brothel for far less than what it was worth.
.
Nevertheless, Bob Green looks normal. He doesn't look like a biker. Neither does his cousin Len Pelletier. Len's a small guy with a big mouth living behind a gated fortress and sports an 1970's mustache that makes him looks like Steve Martin in The Jerk. Bob hanging around with Len is the first glimpse that we get of something being wrong with Bob. 666 Holdings is the next.
What's my point? My point is that the Hells Angels are liars. They lie to their own and only offer information on a need to know basis. "Oh we would never associate with Robert Picton." Well Hells Angels attended Piggy Palace on the same pig farm and Robert's lawyer argued in court that the Hells Angels had considerable association with Robert's brother Dave, who had been previously convicted of sexual assault on that same pig farm.
.
Yet many "nice" people believe the lies and profit from the sale of drugs using their families as a front. What do their wives think really goes on in Amsterdam? Ya think they own a brothel there and those married men never try it out?
.
They are a criminal organization that in some dumb, juvenile and deranged way, brag about being followers of satan. The father of all lies. Good luck with that. See you on the other side...
.
Posted by Dennis Watson at 6:34 AM