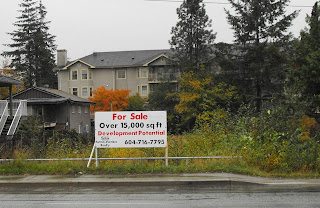 Update: House of Horrors murder has been released from prison.

Burt Renolds and Dolly Parton starred in the comedy, "The Best Little Whore house in Texas." Unfortunately there's nothing funny about the famous crack house in Surrey that was known as the House of Horrors. That's where sex trade workers were tortured and murdered. Police claim Annette Allan was murdered there and dumped in the Fraser River.

Yvonne Marie Boen's DNA was found there as well as on Picton's Pig Farm. That's a sick connection. Perhaps this is Surrey's dirty little secret. Perhaps it's not so secret. It would be interesting to find out what they found at the Cloverdale dig site. It would also be interesting to find out how the House of Horrors was connected to a Surrey grow rip involving a Hells Angel. The gag order involving Juel Toss Stanton should be over by now.

The thing that gets me wondering is some graffiti I saw a few doors up the street at the same time period. I had heard about the crack house known as the House of Horrors but didn't realize the exact location. Turns out it was a few doors down from a meth lab that burnt down. Someone wrote graffiti on the burned out house that said "Hells Angels Pimp Whalley Girls." 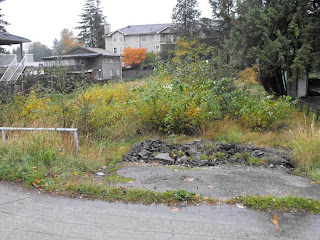