An Olive Branch for the UN 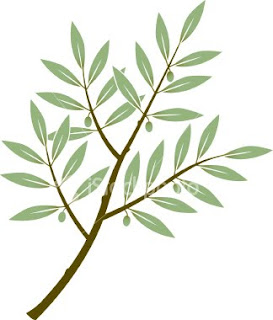 Let's take the Hells Angels. They have no loyalty. They say they do but the bottom line is if you are one of their associates and you get caught doing something, Rainbow Ricky is like we don't know him. There is no loyalty in that.

Loyalty doesn't mean protecting someone in your crew if they do something really fucked up like mutilate a crack ho or kill an innocent bystander in cold blood. There is no honour in that. The Chinese have Wing Chung and Yip man. The Japanese have Kendo and Bushido. That is honour. http://www.youtube.com/watch?v=YkHmYJmfuWg

Remember all those Bruce Lee movies. Kinda like an eastern western. The good guy vs the bad guys. Bruce Lee's character in those movies fought against the bad guys who were ruthless and smuggled heroin. Crack is no better than heroin, it's worse.

Feel the love Clayton Roueche had for James Coulter when he helped him overcome his crack addiction: http://www.gangstersout.com/un.htm

If Clay cared for James that much, how can we in good conscience exploit other brothers, sisters, girlfriends and daughters by turning them into crack addicts and getting rich by exploiting them. Where is the honour in that?

Look at how much risk is involved in taking all that BC Bud and trading it for cocaine to be sold here as crack. As soon as cocaine is involved people go crazy. Friends betray friends for more money - greed.

Everybody thinks Scarface was someone to look up to but he's not. He was a deranged fuck up who had no value for human life. If you value your friendships and cherish your crew, how can you in good conscience send them to trade bud for cocaine knowing the risk of them getting murdered is high as is the risk of spending an insane length of time in a US prison. If you care about your friends and if you cherish the members of your crew how can you do that?

Why would you ask them to take that kind of risk? So you can drive a new Hummer or SUV? Those cars look dumb. Whatever happened to Tokyo Drift or the old school muscle cars? Now that is honour. It has class because it's something you build. It's not a brand new Harley with a gay ass faring on it.

You're going to ask your crew to risk their life or chance spending their life in a US prison so you can have lots of money? There is no honour in that. The only honour is protecting your friends from that.

Think about how this would change our society. If they can use methadone to get off heroin, they can use pot to get off crack. Those skinny bone rack crack addicts would all of a sudden want some food to eat and they wouldn't be taking an axe to a Senior citizen for five dollars to buy more crack.

People would make money just not as much money but the risk would be far less so you'd be protecting your crew. I wanted to give the same Olive Branch to the Hells Angels but they don't have the values you aspire to.

Yet I appeal to you to stop the violence. I've seen the you kill one of ours, we kill one of yours in other parts of the world and it doesn't work. That kind of violence only begets more violence until we are all left blind. Stop shooting people in public. Let's build the kind of society that we can be proud of. One where our mothers, sisters and grandmothers are safe. That is honourable. UN or as they say in Japaneses "Own" - Honour.