The Jesters Clubhouse in Surrey 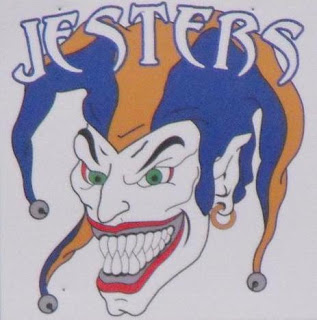 This has got to be the dumbest gang logo I have ever seen. Kim Bolan reported on the Jesters new clubhouse at or about 10665 120th Street in Surrey so I thought I'd drive by and have a look. Sure enough you can't miss it. It's got that stupid clown logo screaming criminal organization for the world to see. http://www.vancouversun.com/news/Puppet+biker+clubs+tied+Hells+Angels+have+cops+worried/2026311/story.html 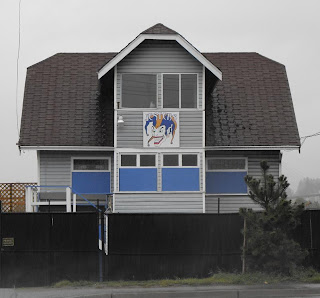 I can't believe they're allowed to advertise a criminal organization like that. Right between two auto wreckers adjacent to the highest car theft park and ride Sky Train Station in the system. Isn't that ironic. They should seize it under the criminal organization legislation. At least shut it down for the most embarrassing gang logo in Surrey. This isn't a batman movie.
.
I did see a MMA fighter on the fight network the other night with a Jester Tattoo on his shoulder. He was from Quebec and the fight was in Quebec but the crowd booed him. I've never seen a MMA fighter get booed before. Perhaps it's a sign of the times.