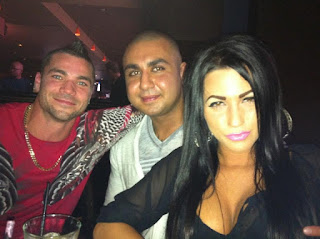 The Vancouver Sun is reporting that Ziggy was in B.C. Supreme Court for sentencing hearing on Friday. As we previously reported, Ziggy was found guilty in December of trafficking a kilo of crystal meth and 10 liters of date rape drug. Ziggy and his coacused were refered to as Top level drug dealers busted in Victoria. Ziggy is friends with Lindsay Buziak's ex boyfriend Jason Zalo. They all have a history of domestic violence.

The Vancouver Sun is reporting that "the court was told that Ziggy was the operating mind behind the drug-trafficking scheme, employing, overseeing and sometimes reprimanding Ziaee. Only Matheson had the key to the large safe filled with drugs at the stash site, Cramer said. Ziaee served as the courier, transporting drugs to Victoria from Vancouver."