Man dead in Surrey shooting other shooting in North Vancouver 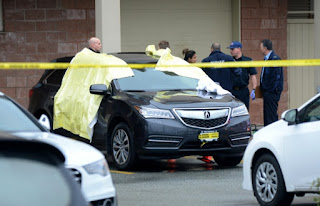 The Surrey Leader is reporting that "A man is badly injured after being shot in Fleetwood. At about 2:30 p.m., police and fire were called to reports of shots fired near the Comfort Inn, near Fraser Highway and 166 Street in Fleetwood. On arrival they found a man lying beside a black Acura SUV." News 1130 is reporting that the victim has died of his injuries.

Global is reporting that a man was taken to the hospital today after being shot in North Vancouver around 3:30 PM in the 800-block of East 12th Street.

Update: Kim Bolan is reporting that IHIT have announced the person shot dead is Surrey Monday is Birinderjeet Justin Bhangu, 29