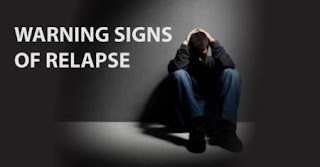 Chris Brown from the CBC put out an insightful report on one man's relapse into adiction.

"All it took was a single beer for Murray Shaw's life to unravel. The moment came on a bike holiday in January 2016 in San Diego while he was with some friends from the Vancouver area. After almost 20 years sober, the community college instructor from New Westminster, B.C., cracked open a cold one at the end of a long ride. Fourteen months later, he died alone in a hotel room in Vancouver's Downtown Eastside. Fentanyl overdose was the coroner's conclusion."

He was an alcoholic 20 years sober who had turned his life around. One beer caused him to fall off the wagon which caused him to be swept under the fentanyl spiral leading to his death in a mere 14 months. Medical doctors do not prescribe alcohol to treat alcoholism. We need more treatment, more prevention and more enforcement of the current laws that are being ignored. We need the other four pillars. Yet ultimately we are all responsible for the choices we make.

I don't want to point the finger of blame here. I'm simply posting the link a reader sent in so that we can see how sad and traumatic addiction is. This was a good man who's only crime was having one beer after 20 years of being sober. His guilt and shame ended up costing him his life.