Britney Irving and the Independent Soldiers 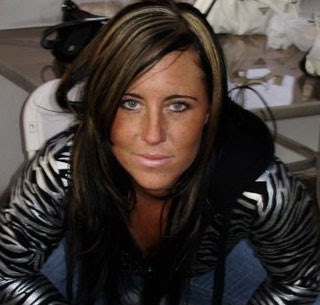 This is another sad tale. A Kelowna girl named Britney Irving is missing. Just like Geoff Meisner. She had been living on a grow op that was busted and 1,500 plants were seized.

Michael Plante used to sell pot for the Hells Angels in East van. They had him beaten up after his grow op suffered a grow rip. The Kelowna news claims Britney was addicted to Oxycontin and that she was brokering pot deals to help supply her habit. I wonder if she owed *someone* money?

"On the day she disappeared, Irving had been brokering a large marijuana transaction involving an East-Indian man named Joey, who according to Castanet sources, ripped off Irving. Joey has also disappeared. Another source tells Castanet that Joey is actually Fijian. "

Only Joey hasn't disappeared and is still in town. MIB sources claim Joe (Joelon David) Verma is with the Independent Soldiers who work for the Hells Angels. I'm sure the Hells Angels would love this story to be told as some "brown" guy ripped her off. However, he was from Fiji and he was a member of the Independent Soldiers just like Randy Naicker.

Donnie McWhirter claims to be a member of the IS as well. If Joey and Donnie are members of IS and if the IS work for the Hells Angels, then where is Britney?

Update: She has been found dead.

Update: An arrest has been made.