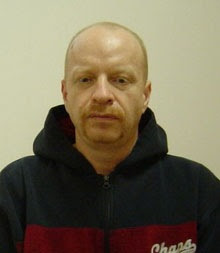 Jeffrey Albert Lynds from Nova Scotia has been arrested for a double murder in Montreal. He's with the Nomads in Ontario.

Lynds has been charged with two counts of first-degree murder and is accused of killing two men in Montreal earlier this year at a McDonald's restaurant.

Police say that one of the shooting victims, Kirk Murray, 47, was a convicted killer. The other shooting victim, Anthony Onesi, 51, was reported to be a bystander.

The slayings happened not far from where Nick Rizzuto Jr., the son of reputed Mafia boss Vito Rizzuto, had been gunned down one month earlier.