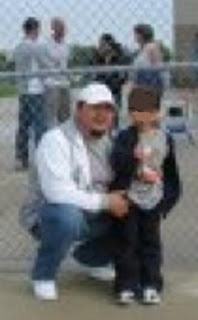 A former Manitoba RCMP officer has admitted trafficking weapons on behalf of the Hells Angels, claiming he was desperate for money to pay for his young son's birthday party. That sounds like an obscene cop out to me. Play the victim and use your child to sell guns to the Hells Angels? That is pathetic.

What about Geoff Meisner's kids and all the kids' parents those guns have killed? And I don't believe he did keep his RCMP history hidden from the Hells Angels. They have no problem using Ken Huston and Rob Sidhu.