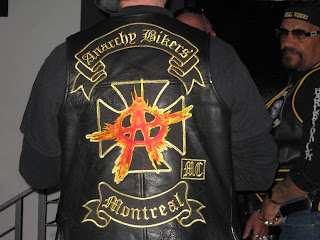 Looks like they had some team Jacob fans at their grand opening. Now that really looks silly. They even have the extra large print for the geriatric members. 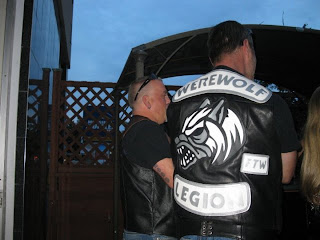 Come on y'all show some love for team Jacob. Pinkie and the brainless even showed up on the far left. 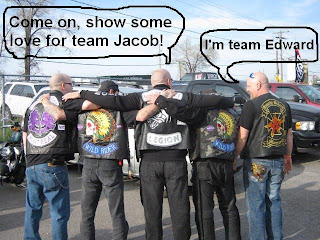 Twilight seems to have created quite the division among the biker community. I hear even Sean Wolf has crossed over. Those Merle Norman eyebrows scream team Edward. 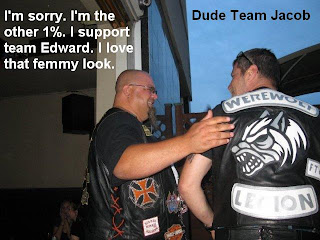 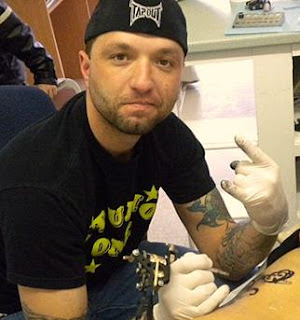 Why would someone show off a tattoo before it's finished? Oh right, because he could only afford to get the outline done. 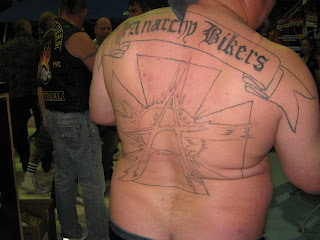 I am told that Tannant is the French word for Dweeb.