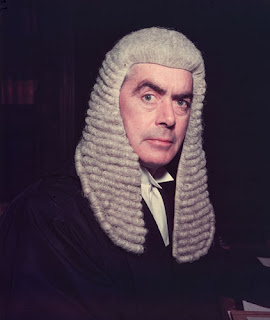 On a matter of Personal Privilege, I would like to make a clarification. The Kelowna Daily News quoted a comment made on my blog. Which is absolutely fine and fair game. The purpose of my blog and web site is to share information.

It's kind of like how I mentioned in my previous post that a newspaper can quote someone as saying they were abducted by aliens and they are safe from legal liable. Whether or not the story is true in another matter. If someone said it, they said it.

They could have also quoted another comment on my blog where someone said they thought the person responsible for another crime was Elvis driving a UFO.

This is the quote in the paper: "An anonymous writer told a gangster blog that he stole 200 pounds of marijuana and his body was dumped in a nearby lake." They missed the Goldammer part but they got the stolen pot part. Personally I don't believe Geoff stole any pot especially that much. Why would he do that? It doesn't make sense.

Personally I think the Hells Angels would like people to think that to rationalize his disappearance and possible homicide pretending that he somehow deserved it. I think they fabricated that part of the rumor for PR purposes. Just like they did when they claimed Juel Stanton beat up someone who robbed a grow op. They were implying that people who rob grow ops are lowlifes who need to be beaten.

In reality Juels was the one robbing the grow ops in Surrey and taking them over for the East Vancouver Hells Angels. The story of someone else robbing their grow op was false and was fabricated to put the Hells Angels in a better light that the truth did.

That same article in the Kelowna Daily News also said: "Many speculate she made the deal with a member of the Independent Soldiers, an organized-crime gang prominent in Kelowna, Kamloops and the Lower Mainland. Members distribute drugs, launder money and fight turf wars with the Hells Angels."

Now that statement is just plain false and is why the Hells Angels create so many puppet clubs to throw people off their trail. The Independent Soldiers are not independent any more. According to police, now they work for the Hells Angels.