Adam Scorgie and the Business behind Getting High 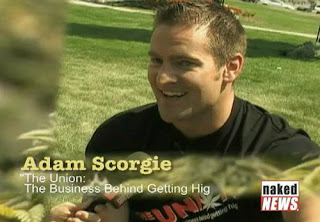 Well looks like Kelowna resident Adam Scorgie won some awards for his movie called The Union: the Business behind Getting High. It's a great movie and there are a few things I want to comment on. First of all, I think hemp farms for paper would help save the rainforests and help solve global warming.

Second of all I think there is a big difference between pot and crack or meth. Big difference. The problem as I see it is that the Hells Angels are taking over all the grow ops, trading the BC bud for cocaine in the US and selling the cocaine as crack here in Canada. That's where the big money is. However, that's what the gang war is about and is why people are ending up dead. Crack and meth also f*cks up our communities as well. Not to mention all that date rape drug and crystal meth. Much.

Nevertheless, the movie makes some good points. Privatizing prisons? What is up with that? Making a profit from prisons by turning them into work camps and slave labour? Work camps for prisoners is one thing and a great idea for early parole as opposed to mandatory statutory early release but making a profit from prisons is bad. It removes the incentive to rehabilitate prisoners. The corporation makes more money when more people are in prison. It is a conflict of interest.

Ah but I digress. Adam is a local Kelowna boy. Did he know Britney Irving? How about making a movie about the whole truth BEHIND the business of getting high? Who killed her and why? What about Geoff Meisner? These cases are related. What started off as nice people selling some harmless weed has seen some bad people come in and start killing people because they want to trade the pot for cocaine to make more money. That is the real business behind the business.

Here's a Youtube trailer. Oh don't worry, there's more to come. But there are a few facts that I do disagree with in the film first. They quote the number of deaths due to smoking in a year and the number of deaths due to alcohol in a year. Then they get some crackerjack quack in a doctor's outfit that claims there are zero deaths a year from smoking pot. Hold the door. Smoking one cigarette will not kill you. Yet smoking causes cancer which results in people dying every year.

Smoking pot causes cancer too. Especially because it's unfiltered smoke. In fact the medical statistics are such that smoking pot is 70% more cancer causing than smoking tobacco. The difference is that *most* people don't smoke as much pot as they so cigarettes. Usually someone would smoke one joint a day as opposed to a whole pack of cigarettes. However, there are a lot of people out there that smoke way too much pot. Smoking pot causes cancer just like smoking cigarettes does so saying people die from smoking cigarettes but not from smoking pot is false and misleading.

The other quote is about deaths due to alcohol. We know alcohol damages the liver. Nothing wrong with a social drink once in a while. Yet we all know someone who is or was an alcoholic. Do we know anyone who is a pothead? Someone who smokes way too much pot like every day? That does have physical effects on the body and the brain.

Turns out it was Adam's step father that put up the money to make the movie. His late father Bud used to own Cheeta's nightclub. I'm sure the fact that a A.C. Scorgie lives near a large grow op in Kelowna that was busted is completely unrelated. In fact there were six grow ops in the Ellison area. Young kids and guns were found in the region as well. 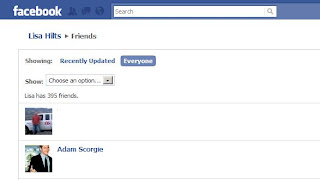