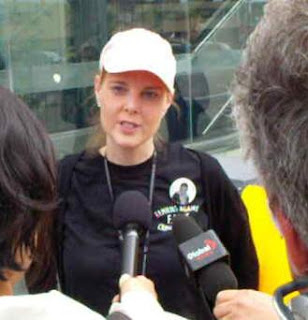 There was a rally against injustice today at Surrey Central. It was in response to a recent court decision where a murderer was set free. The parents of the murder victim did not attend but friends and relatives did. One member from the support group they started called Families Against Crime and Trauma calmly and sincerely spoke to the media expressing her opinion and her feelings about how justice has failed in this case. 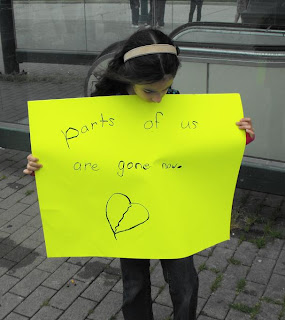 One little girl made her own sign and told the media how parts of us are gone now. Indeed she is right. When a murder is set free, we are all diminished. 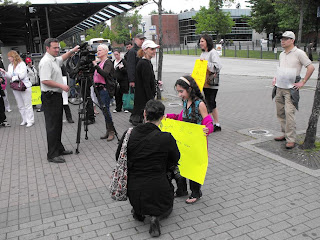 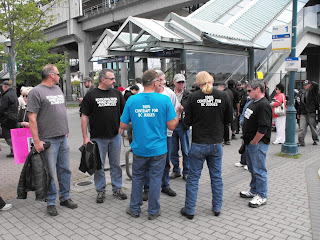 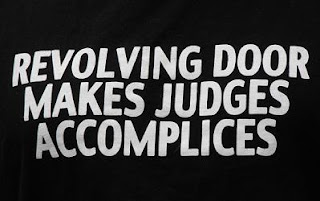 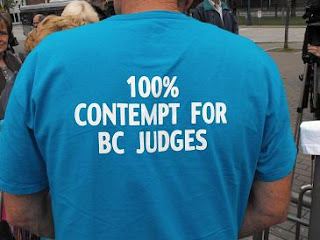 Here are some more photos from the rally. The call has been made for a Judicial Review of this decision. Not just this decision but all the bad decisions coming out of BC courts lately. We need to turn the tide on the bad jurisprudence. That process begins here. 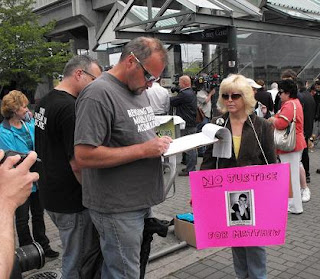 This is a copy of the Quin Verdict Review Petition.

The mother of the victim wrote a powerful book about her heart wrenching task of watching the video of her son's savage beating and murder which concluded the last six minutes of his life. Witnesses testified that they were screaming for the large male to stop beating the small boy. He felt his pulse said he's not dead yet, then walked away to meet his girlfriend Quinn. Video footage shows him return to the body and slit the boys throat ending his life. Witnesses testified they all heard Quin say to her boyfriend, if you love me, you'll kill him. 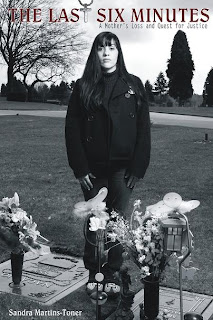 Posted by Dennis Watson at 2:57 PM