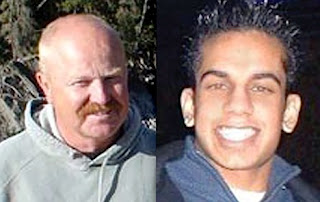 Ed Schellenberg and Chris Mohan were innocent victims killed in the crossfire of a gang execution known as the Surrey Six. It wasn't just a matter of being hit by a stray bullet. They stumbled into the scene and were executed as potential witnesses.

It was a shock to the community because of the heartless brutality showed to innocent bystanders. Some had said they were just in the wrong place at the wrong time but Steve Brown, Ed Schellenberg's brother in law said that was not true. They were where they were supposed to be.

As a result, Chris' mother, Eileen Mohan, made a public appeal for a website to identify known gang members so the public would know what dangers to avoid. I was at a memorial service at Beer Creek park where they released doves in their loved one's memory and she spoke publicly about her idea. Eileen was asking the police to make a gang web site. The Abbotsford police have recently said they plan to but we haven't seen it happen yet. I think most forces are worried about testing the legality of such a web site. When I heard Eileen speak I thought to myself, I could do that. She is the reason I made this web site and blog.

I didn't want to pretend to be connected to the family in any way and exploit their loss but things have quietened down about the shocking murder and I just want us to remember it. No doubt it will return to the public eye when the case comes to trial. Kim Bolan has done some pretty impressive coverage of the sad event. She was the one that named the Red Scorpions and did an inside interview with Anton Hooites-Meursing who had an epiphany in Rio and turned himself in to the police agreeing to testify against his co accused.

I was always of the thought that if it was Red Scorpions who were murdered in the hit like Kim claimed, that it was someone else who murdered them. Jamie Bacon has been charged in the murder as a result of Person X's testimony. It's hard for me to conceive of the thought that Jamie could be guilty and his other two brothers were not involved. It's a shame everyone involved can't be tried. The theory is that the Bacon brothers killed the old leadership of the Red Scorpions in a bid to take over the gang.

One has to wonder why charges have never been laid in the second most brutal gang execution in Surrey where a mother was gunned down in her car with her young son in the back seat. She was affiliated with the UN and the Red Scorpion who owned the suite that was attacked in the Surrey Six and later gunned down in the Guildford parking lot. 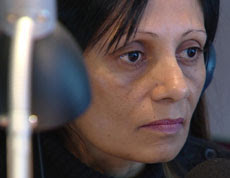 After listening to Eileen speak about the loss of her son, it was clear she was deeply grieved. Chris was a really good kid. On May 31 2008 Chris' family held a Memorial Mass for him on what would have been his birthday at the grave site in which many MP's attended.

February 3rd 2008 was the Public Safety Rally at Bear Creek Park in Surrey. February 22 2009 Eileen Mohan and Steve Brown both spoke at the Rally Against Gang violence along side the Surrey Mayor and various other political leaders. Right after that rally Stephen Harper used Eileen as a human shield to introduce anti gang legislation. We are still waiting to see if Harper will take the amendment to get the bill passed.

Both families have launched an annual golf tournament in their loved one's memory and in 2009 Eileen Mohan was named Leader of the Year in Surrey. 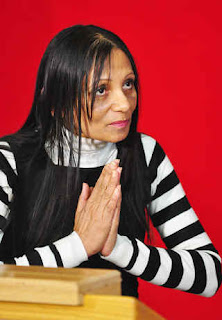