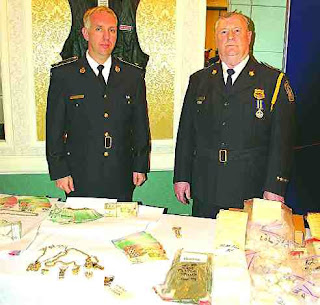 8 alleged Hells Angels were arrested in eastern Ontario. Blaine Doner got seven years for selling cocaine for the Hells Angels in Ottawa while Craig Haines got 10 years. That's a lot more than a few months of house arrest. No wonder we have a problem in BC. The federal laws are not enforced the same here as they are in other provinces.

The ring was allegedly run by full-patch Nomad member Mario Sincennes and Haines, who was described during court proceedings as being a gang “hang around.”