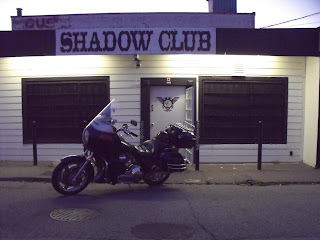 I already wrote a bit about the Surrey Shadow club after Kim Bolan reported on it. Yet it would appear the shadow club is bolder than ever with it's new huge sign and it's new spy camera. That sure looks like the same spy camera to Java's Palace in Langley. 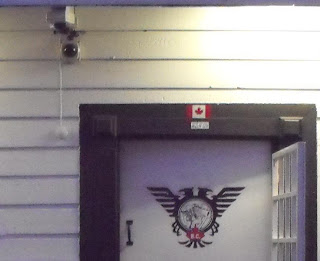 The Jesters and the Outcasts denied having anything to do with the Hells Angels even though evidence was found proving they did. The very location of the Surrey Shadow club is suspect and letting them thrive during a gang war is just plain wrong.

What's with that big ass faring anyways? What ever happened to riding against the wind? You might as well be riding a Goldwing or a car.