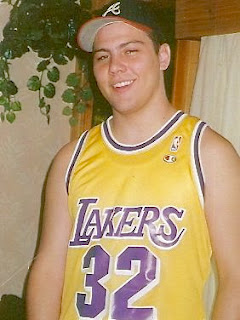 Jody Elliott's remains were found in a wooded area on Kelowna's Westside back in 2005. Witnesses said that word on the street was his murder was designed to send a message to Kelowna's drug culture.

"I think he was getting into other people's playground," says George suggesting Elliott was dealing drugs on someone else's turf. They said Elliott was a low level drug dealer who would often rip-off his clients.

Those are two very different accusations. Personally I think one is true and the other is false. I do believe he was selling drugs on someone else's turf. I don't believe he was ripping off clients.

Court heard that there was a contract out on Elliott’s life, in retaliation for ripping off rival drug dealers. The hit was apparently authorized by "the big boys," but Nadon gave no further details on who "the big boys" were. Their contact, referred to in court as "the guy," was never charged due to lack of evidence.

So the big boys put a contract out on Jody Elliot's life. Does anyone not know who the big boys are that they are referring to? A shovel and an X-acto knife were employed to remove the victim’s head, hands and ear.

A police officer acting on a tip intercepted the trio as they headed back to Kelowna on Bear Creek Main Road in a car that contained Elliott’s body parts. Back at the Kelowna RCMP detachment, an officer discovered Elliott’s ear in Fralic’s pants pocket.

This case has a familiar ring to it. It sounds similar to a murder in Surrey where the body was dismembered by someone on contract for the Hells Angels.

At the trial of contract killer Mickie (Phil) Smith the court was told one of his murders was done for the East Vancouver chapter of the Hells Angels. Smith killed Paul Percy Soluk at a crack house in Surrey and said a man he called Yurik helped him chop up and dispose of the body. Smith said "Yurik's not an Angel but he works with the Angels. I know he's done a lot of hits."