The Spirit of East Van 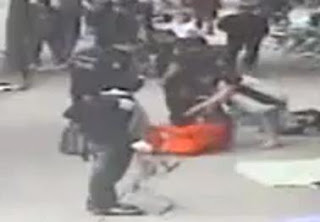 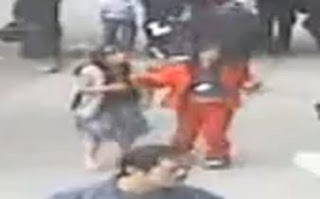 I will note in the video of the police officer shoving the disabled woman to the ground, we saw a passerby quickly come to her aid and help her up. We used to hear a lot that East Van protects their own. In some ways that is true, in other ways it is false.

I remember sitting at the traffic light at Main and Hastings not long ago. An older male on a scooter was crossing at the light on the cross walk. As he was coming back onto the sidewalk his scooter tipped over. Instantly several people came to his aid to help him back up again. That was refreshing to see.

In other areas of town where videotaping beating homeless became trendy like on the Granville bar strip, East Van always boasted that the homeless were safe in East Van. To some extent yes, in other ways no.

I remember reading about how the police used movie make up artists to go undercover and pose as an elderly man in East Van. Then they videotaped young thugs robbing him. Obviously those young thugs were not taking care of their own. 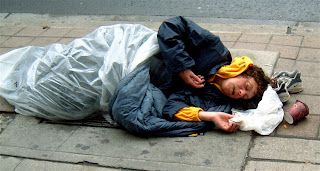 I remember taking a group of teenagers into East Van handing out food, jackets and gloves during winter in blood alley. The kids were shocked. When they first approached the homeless, the homeless would cringe and ask them not to hurt them. When they said they were there to give them some food or jackets the homeless were very surprised and grateful. This simply shows that the homeless in East Van are used to getting beat up which is tragic.

There is no doubt much of the crime committed by prolific offenders in East Van is to pay for drug addictions. When someone in a big house overlooking the lake in Kelowna profits from the sale of crack in East Van, they are ultimately responsible for the crime and violence addicts commit to pay for those drugs.

East Van has always been a place of addiction. Back in the day the cheap high was aftershave. If you didn’t have brain damage before drinking aftershave, you certainly did after. Yet the number of homeless has skyrocketed. Cuts to social programs and housing have been criminal. We can’t close Riverview, throw all the mentally challenged on the street then walk away and say it’s not my problem. It is our problem.

From my observations, a crack addict is far more violent and invasive than a heroine addict. Handing out free crack pipes and turning safe injection sites into safe inhalation sites is absolutely insane and clearly socially irresponsible. We might as well send those tax dollars directly to the Hells Angels in the form of a cash donation. It would save a lot of misery. Yet I’m not suggesting we do that.

If we got all the crack and meth off the streets in East Van and just didn’t make a big deal about the pot, we would see an instant transformation in the violence and health of that community.

Have you ever noticed the stain glass at the Carnegie Centre on the East Hastings side? I don't know how many times I've walked past it and never noticed it. All I saw was all the crack dealers and their enforcers standing out side. It's easy to miss but worth seeing. The beauty in that location is surprising. Now all we need to do it get rid of all the crack dealers standing outside. 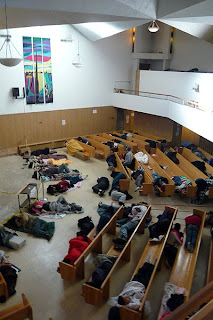 Posted by Dennis Watson at 3:51 AM