Hells Angels smuggled drugs into US on jet ski 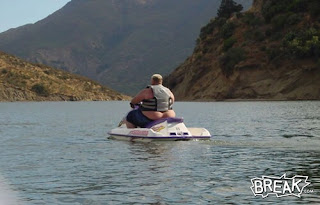 "Walters made statements to other co-conspirators that he was being paid $30,000 per load to smuggle drugs for the Hells Angels organized crime group in Canada," the Justice Department said.

Walters said he needed to kill the witnesses against him. When an inmate offered to help him he said that's OK because the Hells Angels knew where one of the witnesses was living.

At the trial of contract killer Mickie (Phil) Smith the court was told one of his murders was done for the East Vancouver chapter of the Hells Angels. Smith killed Paul Percy Soluk at a crack house in Surrey and said a man he called Yurik helped him chop up and dispose of the body. Smith said "Yurik's not an Angel but he works with the Angels. I know he's done a lot of hits."