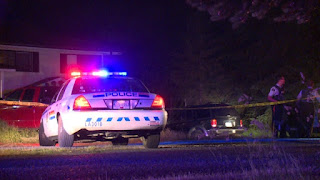 CBC is confirming a scan BC report that there was a drive by shooting in Langley last night. Several neighbours said they were awoken by as many as 10 gunshots just after 2 AM in the 2500-block of 204 Street. The neighbours, all of whom declined to give their names, said the house is believed to be a legal marijuana grow operation. Which leads us to ask, with all these pot stores opening up, how do we protect them from being taken over by the Hells Angels?

Update: News 1130 is also reporting that there was yet another shooting in Surrey on Saturday night. "Shortly after 10pm, shots were fired between two cars on Highway 10 near 186th. When officers arrived, they found casings and two homes in the area were hit by the flying bullets."