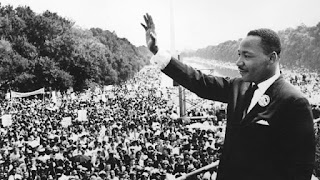 Martin Luther King was a great man with a great vision. Of all his teachings two speeches stand apart and echo throughout history. The first was his I have a dream speech. Thousands had marched with him to Washington where he delivered his inspiring vision. He said: In spite of the difficulties and the frustrations of the moment, I still have a dream. It is a dream deeply rooted within the American dream. I have a dream that one day this nation will rise up and live out the true meaning of it's creed we hold these truths to be self evident that all men are created equal. I have a dream today.

It is difficult to watch and impossible to comprehend how a handful of lunatics can do such dramatic damage to that inspiring vision in our age of reason. We saw the Rodney King video years ago. It was astounding. The outrage was understandable. Yet rioting is counter productive. You're mad so you're going to burn your neighborhood and city. The logic fails. The same thing happened a few years ago in England. The police were caught red handed lying about a murder they committed. The people had a legitimate grievance but it was lost when they started rioting and looting. It was at that point when their just cause vanished and their quest for justice failed.

Now we go from one extreme to the other. Neighborhoods up in flames over a legitimate grievance to individual lunatics going into a Black Baptist church and shooting random people in the congregation. Nothing could be more absurd. That lunatic does not represent white people any more than a terrorist represents Islam. As Martin Luther King taught, I've seen too much hate to want to hate and every time I see it I say to myself that hate is too great a burden to bear. When evil men burn and bomb good men much build and bind. His words ring true today.

The other breath taking speech was delivered the day before he was assassinated called I've been to the mountaintop. It was somewhat prophetic as he indirectly predicted his own assassination. He referenced his dream. He said that he had been to the mountaintop and had see the promised land. Comparing his dream to Moses' quest for the promised land. He said he had seen that one day his vision would become a reality. He said that I might not get there with you but we a a people would get there. He said everyone wants to live a long life. Longevity has it's place. Yet I'm not worried about that now I just want to do God's will. He then said he's not fearing any man because his eyes had seen the coming of the Lord. It was very inspiring.

Well, like Martin Luther King I too have been to the mountaintop. Only I didn't see the coming of the Lord. I saw the depths of hell. Finian's inferno so to speak. I saw the ruthless exploitation that goes on outside the Front Room in Surrey and in the DTES. If people have to ask me why I do this blog, I can't explain it to them. For me the answer is clear: Janice Shore and Ashley Machiskinic.

When this blog first started it was all about Chris Mohan. It was the answer to the heartfelt plea of a grieving mother. As I said in my eBook it all started with the Surrey Six. That murder where two innocent bystanders were intentionally executed outraged everyone. As a result everyone and their dog has flipped on those involved and no one sees them as rats for doing so. Everyone sees Jamie Bacon and those who helped him as rats. Well wait 'till I tell ye, Jamie Bacon did not try and tax Corey Lal on behalf of the Triads or the UN. He tried to tax Corey Lal on behalf of the Hells Angels.

That brings us to Janice Shore. A soft spoken pan handler who was sexually assaulted and beaten to death for a drug debt in Surrey. It couldn't have been a very large debt because she was a user not a dealer. Her murder was to send a message to the others who were being likewise exploited pay your debts or end up like her. The place they left her body was designed to send a message to all the drug addicted sex trade workers outside the Front room. Pay up and shut up or you'll end up like Janice. In Whalley the drug dealers are the pimps. They give the sex trade workers crack then beat the life out of them for payment. When they get a trick the drug dealers take everything. There is nothing consensual about it. The tree that they left Janice's body at was where the drug dealers demand free service from the sex trade workers they sell crack to.

Giving crack to the homeless for free then beating the life out of them for payment is my business. What happened to Janice Shore and Ashley Machiskinic is my business. And Moses said to Pharaoh let my people go. Prophesy unto Gog leader of Magog and declare thus saith the Lord I am against thee. Let it be known that Surrey is free. Just like Derry Bogside. Peace. 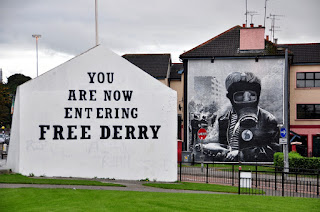 Another reason I have beef with Lenny is because of what happened to Dru.