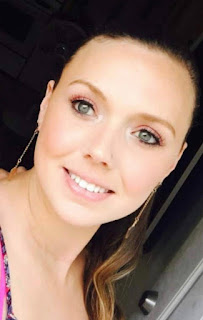 CTV is reporting that "Police say they were called to the area of 132A Street and 61A Avenue shortly before 2 a.m. Friday (Today). When they arrived, they found evidence of a shooting." A witness states they heard five or six shots and no one was injured.

Dec 3rd CTV reported that "Homicide investigators are in Surrey after a woman was fatally shot early Thursday morning. Police were called to an alley on 75A Avenue at about 5:30 a.m. after getting reports of a single-vehicle collision. When they arrived, they found a 30-year-old woman with a gunshot wound. Despite efforts from first responders, the woman died from her injures."

Dec 10th CTV reported that "Homicide investigators have identified the victim of a killing last week in Surrey. Lisa Ellie Marie Baines, 29, was found shot to death in a car in an alley on 75A Avenue on Dec. 3. The Integrated Homicide Investigation Team said Baines' body was found shortly after 5:30 a.m. that day. Later in the day, police revealed they were also investigating a burned vehicle they believed was involved in the crime. The team did not provide a possible motive, but said her death appears to be an isolated incident. Investigators do not believe the case is tied to drug or gang activity." That would imply domestic violence.

However, the burned out vehicle would imply that although she was not involved in the drug trade her ex was. This is really upsetting and I'm going to make two comments. A few weeks ago a mother was shot dead in front of her children in Colombia. The shooter was her ex. That is bat sh*t crazy. Shooting your ex is something for Dr Phil to sort out. Whoever did that has serious mental problems. Especially the guy that did it in front of her kids. You talk about violence against women, well here it is. A beautiful young woman's life cut short by a deranged mental case.

The other point is that both these recent local shootings were in Newton. Sept 17th 2013 a bag of illegal guns tied to the Hells Angels were found in Newton. That is why the BC Gang Task Farce's endorsement of the Hells Angels to keep the peace is such an offensive atrocity.