Election Evidence that Demands a Verdict 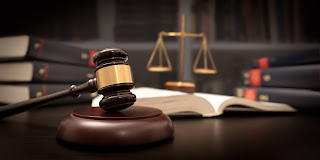 Before we examine some examples of US election fraud, we need to point out the obvious. The main stream media is not only unreliable, it deliberately lies with malicious intent. Their lies and their misrepresentation have a motive. Take the Covid numbers in Canada for example.

Next we need to examine the obvious. Trump has more support now than when he won the first election. Although I supported Trump over Hillary, at the time I saw him as a bit of a wingnut. I support immigration and I wasn't a fan of the wall so to speak. After that election, we saw some bizarre things happen. The media became so biased it was impossible to watch. ANTIFA became so defiant the grey areas began to fade as the division between good and evil became clear.

After the election Candice Owen rose up to lead the exodus from the hateful extremism within the Democrat party under Blexit. The Hodge Twins came out of the closet as Black Conservatives. All of a sudden the ridiculous lie that Trump was a racist lost it's believability. 50 Cent stated he was going to vote for Trump because he opposed Joe Biden's tax plan. Just because I support low taxes does not make me a racist. 50 Cent is not a racist. Neither is Candice Owens or the Hodge Twins. My point is more people support Trump now than when he was first elected.

Brandon Straka rose up to lead the #Walk Away movement. He bills himself as a Gay Conservative shattering the stereotypes and the false narrative. Blare White is a Transgender Conservative posting videos of her at the gun range with her pink AR 15.

Lynzee Domanico launched the Closet on the Right. She is lesbian and said that when she came out of the closet for being Conservative, the hate she received from the left was worse than when she came out as being gay. After the election, a huge coalition rose that supported Trump who didn't support him the first time. That made the election iregularites suspect.

To say that there is no evidence of election fraud is a bold face lie. There is plenty. This video shows them pull out ballots from under the table after they told the observers to leave and continued counting ballots late into the night. That mother and daughter team were in a conflict of interest. The sworn testimony of voter fraud is all evidence that needs to be examined as the absurdly high voter turnouts in some areas and the implausible amount of mail in votes going to Biden in other areas all point to voter fraud. Whether you are republican or democrat, voter fraud is a serious issue that needs to be addressed. That brings us to Dominion Voting.

Dominion Voting, the software company that produced the irregularities has a history of glitches and is in a conflict of interest. They received $400 million from the Communist Party of China and donated to Hilary Clinton and Justin Trudeau. They share office space with George Soros shell companies. All of that is a conflict of interest. On January 1, 2018, Vancouver entered into an agreement with Dominion Voting Systems Corporation for voting tabulation and software and related services and supplies. That agreement must come to an end.

Russia is not an immediate threat to America—China is.

Our media is in bed with China which is why they refuse to spell out the very real threat that China represents not just to America, but to all Western nations, and the world.