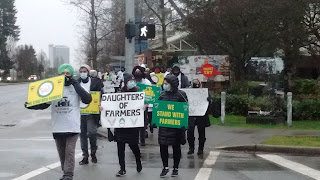 There was a protest at Holland Park in Surrey today in support of the Farmers in India that marched to Guildford mall and back. There are a lot of shady things going on here. We remember how the Communist Party of China was bullying Indian troops at the border. We also remember how the government of India launched a lawsuit against China asking for damages caused by the Coronavirus released out of Wuhan. Now all of a sudden the Communist run newspapers in Canada are singing support for the farmers in India. Another fraud is in the works. 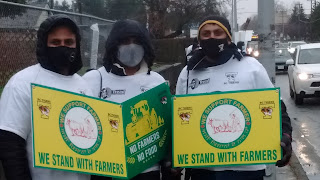 Supporting the farmers is the right thing to do. Yet why does the mainstream media in Canada cover these protests but are silent about the lockdown protests and the We Scandal blackout? Something shady is going on here. Buyer Beware. Corporate Communism is still Communism. 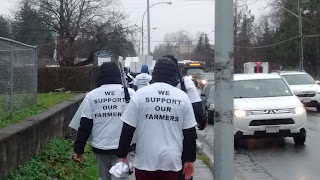 There are no farmer's rights in Communism because in Communism, no one has any rights. Trade Unions don't have the right to strike in Communism. India used watercannons against the farmers. In Russia, Lennin use machineguns against the striking trade unionists. Defy the lie.