Surrey Police board member's father was a Hells Angel 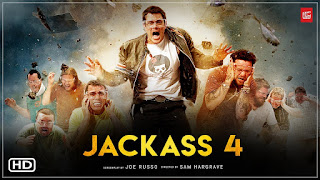 Dr Kim is reporting that "A member of the Surrey Police Board was photographed posing with two full-patch members of the Hells Angels at a 2018 memorial service. The photos of board member Harley Chappell and White Rock Hells Angels Brent Milne and Douglas (Doc) Riddoch were posted on a Facebook tribute to Carla Newman, who died in 2018. Newman was a relative of David (Clap) Newman, who is a former member of the Angels’ White Rock chapter."

Vancouver is Awesome is reporting that "How did B.C. Minister of Public Safety and Solicitor General Mike Farnworth appoint the son of a former Hells Angel to the Surrey Police Board? That’s the question being asked in Surrey Thursday, after provincially appointed police board member Harley Chappell’s connections to the criminal organization surfaced on social media. “It makes you wonder about the vetting process when they chose the board,” said Surrey city councillor Jack Hundial, speaking to the provincial government."

OK just so we are clear, Jack Hundial is a self serving POS. He is about as trustworthy as Wally Oppal. Jack a*s cited last months publicity stunt as though it was a good thing that accomplished something when it clearly did not. He is a F*ck up so F*ck him.

Although I don't have a problem with Doc, I agree this is a conflict of interest. However, Hundial and the Surrey RCMP haven't done Jack sh*t about the Hells Angels drug trafficking in Surrey. Shakerz is still a hub in that network but Randy Jones is with the Surrey Girls now not Whiterock.