The Chronicles of Doc Riddoch 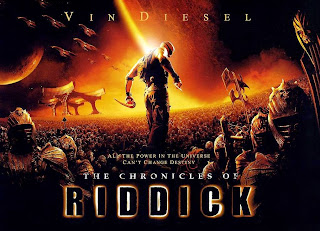 There have been a whole bunch of rumors about Hells Angel rivals cropping up on the west coast. Without naming names or promoting chaos I will address the matter. We have already seen a bit of agro between the Warlocks and the Dirty Few outside Edmonton. The Dirty Few are of course Hells Angel puppets, the Warlocks are not. Well to make matters worse, the Rebels are setting up shop in that area as well.

I've mentioned the Rebels before. They're a group from Australia. I can't support them because they use a Confederate flag which to me and most other people represents racism and slavery. BC is multi cultural. They'd get killed here. Edmonton is likely their best shot since it's also plagued by the White boy posse who sell drugs for the Edmonton Hells Angels and use Nazi logos.

I have some pictures and some names but I'm not going to post them because I don't want anyone else to get shot. It is really pointless. One of the new Rebel members is an older guy with the computer tech look. He just has that look that makes you ask what the hell are you doing? Someone bored and wants to be something that he really doesn't understand.

Although I support a free market and oppose the Hells Angels monopoly on the drug trade I have to ask these guys what the hell are you thinking? There is nothing wrong with riding motorcycles and living the dream but this 1% fetish to sell drugs and pimp the dream is really messed up. Grow up. You have kids now. You should be getting ready to enjoy grand kids not be selling kids hard drugs.

And then there's the Rock Machine in Surrey. When I first heard the news I said three cheers. Finally respite from the Surrey girl idiots. Then we hear it was some kid who has beef with the son of the Whiterock Hells Angel president that called into the Province claiming he was an RM prospect and that the RM were setting up shop in Surrey. Now I find out which kid it was that is pretending to be a RM associate. That guy is a complete idiot and a compete con man. He is a compulsive liar that rips off women. If he is a RM prospect the Rock Machine need to save themselves a lot of misery and cut him loose now before he does any more irreparable damage. Save yourself the hassle of making him a prospect, member then out in bad standing. You don't have to go through all that hassle just to find out the guy is a complete idiot.

I'm not even going to name his name. Most of you know who it is. That clown has been begging me to put him on the gang member registry for years. In fact I had him on it at one time. He sets up fake profiles and starts passing on intel claiming this guy is hard core and has gang affiliations. He's promoting himself with absolute bullsh*t.

You just have to listen to him speak to figure that out. It will take 30 seconds. It's not that the Hells Angels used him and cast him aside. He was fraudulently pimping the Hells Angels and he knows he would never ever make the cut so now he is pretending to have beef with them because they wronged him. That is a lie.

The sad thing is, this guy is such a loser wannabe that he just might actually shoot someone in a desperate attempt to be something. Unfortunately, like we saw with that Clun Clun clown who claimed to have participated in the Kelwona shooting, even if this guy did shoot someone it would never make him something in the underworld any more than it did Clin Clung. If you're a clown shooting someone will not save you. If you want to be somebody in life, get a job. Spend time with your kids. Be a role model. Do something constructive with your life. Slinging crack is not it.

I don't know anything about Doc Riddoch the president of the Whiterock Hells Angels but I do know this kid claiming to have beef with him is a idiot and a liar who will con your daughter out of money then pretend to be a gang member so she doesn't go to the police. Parents beware.

I do think it's amusing how similar Doc Riddoch's name is to the character Riddick in the movie played by Vin Diesel. I understand Vin Diesel will be in another Riddick movie soon. No doubt Doc Riddoch is glad to be rid of the Surrey Girl Princesses. He's likely missing Randy Jones' business forte. It's gotta be hard on business to trade Randy Jones for Villy Lynnerup. Good old toothless isn't the sharpest knife in the drawer.

Back in the day there was nothing wrong with the Gypsy Wheelers. They were normal. They weren't like Ricky Ciarniello and the Satan's Rejects. Everything went downhill as soon as those other lunatics got involved. Some saw the writing on the wall and got out when the getting was good. They were wise to do so.