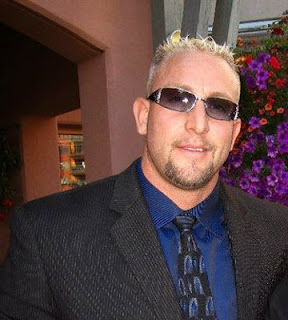 Kim Bolan is reporting that a former member of the Kingpin Crew has been charged with drug trafficking in Kelowna. Castanet also ran the story and posted his picture. Quentin James, 37 and Anita Moessner, 31, were initially arrested back in December of last year after James allegedly attempted to mail a package containing three ounces of cocaine to an address in Alberta.

We know that in January of 2013 the Kingpin crew abandoned their fruit stand by the airport. That would have been shortly after this initial drug bust last Christmas when Quentin tried to mail some cocaine to "someone" in Calgary.

September 2012 Johnny Newcome was busted for running a stolen car ring tied to the Kelowna Hells Angels which also implicated the Kingpin Crew and the Calgary Hells Angels.

February 2013 a judge upheld a ruling classifying the Kingpin crew as a criminal organization. February 2013 they relocated to a residential neighborhood after they abandoned their fruit stand.

I know they were officially disbanded by October of 2013. In May 2013 a member of the Kingpin crew reported his custom motorcycle stolen after he left it outside while he went out of town when he normally didn't park it outside over night.

December 2011 it was reported that Joey Verma was recruiting for the Kingpin Crew in prison and got a new tattoo that said VP as in vice president. Joey was found guilty in the murder of Britney Irving October 2013. Right around the time the Kingpin crew were officially disbanded.

So that means the colors the police seized in this picture were from way back before they were disbanded or he kept a couple as souvenirs. He wasn't selling drugs for the Kingpin crew after October 2013. If he was selling drugs after October 2013 he was doing it under a different umbrella more likely the Independent Soldiers who also work for the Hells Angels. However it doesn't look like this is a new charge. It looks like it is from December 2013. 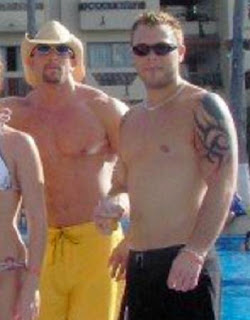 Evidently, Quentin James was friends with Chad Karylchuk‏ who also sold drugs and was friends with the Hells Angels. He was with Chad and the others on that trip to Mexico in 2007. Chad as we know died of a drug overdose just like Lar's friend William Wendelborg.

In the book Road to Hell, it claims Larry Pace (Lars) killed William Wendelborg in a contract hit ordered by Wolf Carroll’s associate Paul Wilson out in David Giles hometown of Halifax. They knocked him out with a baseball bat and injected him with a lethal dose of cocaine. Larry plead guilty to accessory to murder and served ten years less statutory release. Lars is in Kelowna now. His lake view lot was sold at 2592 Butt Road West Kelowna after that unfortunate house fire. Kinda amusing you can still see an open gas can in the garage with the nozzle still on it. Isn’t that ironic.