Found: One Good BC Criminal Judge 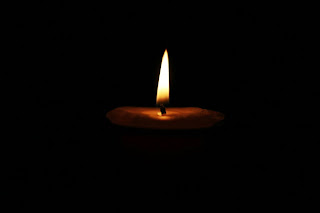 They say a good man is hard to find. Well in the BC criminal courts a good judge is even harder to find. Lao Tzu once said it is better to light one candle than to curse all the darkness. Well today a candle of justice was lit in the dark abyss of BC's criminal injustice system. The Vancouver Province is reporting that a B.C. Supreme Court judge says rehabilitation is a “remote possibility” for a man who committed a string of robberies, unless he deals with his drug addiction. Not only that but he was sentenced to 7 1/2 years less time served for committing seven robberies.

There are two huge breakthroughs here. The first is dealing with prolific offenders. The second is admitting that prolific offenders who steal to support a drug addiction need to address their addiction before they can be expected to be rehabilitated. Remember when court sentences used to include banning the use of drugs or alcohol during probation if proven to be a factor in the crimes committed? Or forcing someone into treatment? Now we freaking give them drugs in prison.

There is a huge public concern with the injustice in the BC criminal courts. Many come right out and say judges are the problem. Others say it's not the judge's it's the laws that need to change. However, that is simply untrue. The criminal code is federal. Ontario doesn't have a problem applying just sentences to criminal acts under the same criminal code. It is clearly a BC problem with an arrogant and out of touch judiciary that thinks they are better then the public because they are learned in the law. In a democratic society the public elects the government that makes the laws the courts enforce. These judges have just memorized a set of watered down jurisprudence that has diluted justice well beyond recognition.

This decision is the logical answer to the Vancouver Police Department's 30 strikes and your out campaign. Logic dictates the more criminal offenses you commit the more time you spend in jail. Currently the BC judges have it backwards. The more crimes you commit the less time you serve in prison. That defies both logic and natural justice.

One could legitimately argue that 7 1/2 years for seven petty theft robberies could be considered excessive since that is more than the minimum sentence for manslaughter with a firearm. The point is a prolific offender should do more time the more offenses they commit not less and if drugs are a factor in committing those crimes then they should be forced into treatment or at least detox.