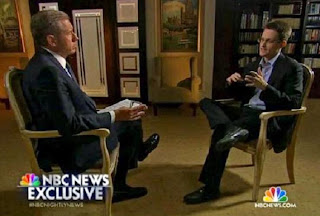 Now that we've talked about what the Charter of Rights isn't, let's talk about what it is. The Canadian Charter of Rights, like the US Bill of Rights, protects civil liberty in a democratic system or a free republic. The right to commit crime or belong to a criminal organization is not a Charter Right. The freedom of political or religious association is. The protection from unnecessary searches and seizures is. The protection from big brother spying on you without cause is. Those are important rights in a democratic system.

Recently Germany has officially banned Rock Machine as well as Hells Angel patches. No doubt Germany's past history will raise a few eyebrows. Germany isn't known for it's civil liberty. They had Hitler and East Berlin. Both are the prime examples of what a free republic is not and why a Bill of Rights is so necessary to protect civil liberty.

Nevertheless, the right to belong to a criminal organization and extort the public is not a charter right. With the long list of drug trafficking charges, it has become clear that the Hells Angels are not just motorcycle enthusiasts. Banning a group of motorcycle enthusiasts would be illegal. Yet the case law has shown that the Hells Angels are not only deeply involved in drug trafficking, they also use extreme violence to obtain a monopoly on the drug trade. The case law is clear.

Edward Snowden was recently on an hour long televised interview. The Rolling Stone is reporting that in the hour-long broadcast, Snowden spoke passionately about his desire to serve as a positive example for future whistleblowers, the distinctions between what is moral and what is legal, and how the U.S. government radically changed following 9/11.

He mentioned how he would like to be able to come home and return to the US. Sadly John Kerry referred to him as a traitor which is a bold faced lie. He is a whistle blower. He is being treated like a criminal for exposing unlawful activity. The NSA has been breaking the law and violating the US Constitution which the President and every other elected official has sworn an oath to defend. Edward Snowden is a patriot.

In contrast, John Kerry knows full well about the CIA's drug trafficking. He chaired the Kerry Committee and heard all that evidence confirming that to be true. That makes John Kerry more of a traitor than Edward Snowden. Wiki leaks was a bit different. Although the intent was similar, to expose government misdoings, Edward Snowden did not expose military secrets. He exposed how the NSA has been breaking the law by spying on it's own citizens and on other allies as well. Edward Snowden is a whistleblower not a traitor. The NSA and everyone who defends them including Barrack Obama are the traitors. Just so we are clear on that fact.