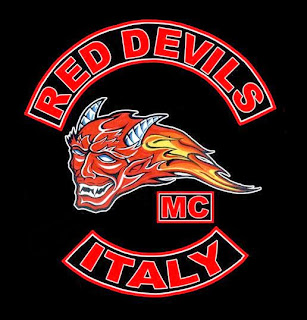 CTV is reporting that "The Hells Angels and the Red Devils biker gangs were targeted in 49 police raids which saw 650 police officers arrest 69 suspects in Saguenay, the Laurentians and Laval Wednesday. Six suspects are still being sought in the roundup of the drug operation which dealt meth, cocaine, and cannabis."

"The raids were mainly directed in the Saguenay area where the network was also suspected of other crimes, including extortion, arson, kidnapping and other crimes. Some of those arrested were Daniel Labrie, 41, of Terrebonne, Daniel Bouchard, 40, of Jonquière, Éric Bleau, 32, of Saint-Eustache, Pierre Chayer, 50, of Rawdon and Normand Girard, 60, of Laval." 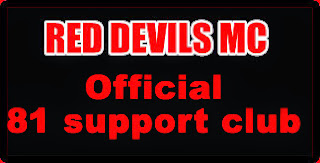 Evidently, The Red Devils are an international puppet club for the Hells Angels. In South Carolina they were charged with selling crystal meth along with the Hells Angels out of the Rock hill clubhouse under a confederate flag.