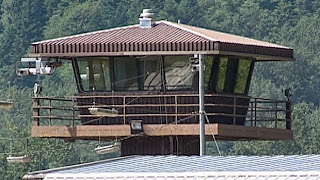 The Government of Canada is reporting that on Friday, May 9, 2014, David Langlet, an inmate at Kent Institution was found unresponsive in his cell. At the time of his death, Mr. Langlet, 40 years old, had been serving a life sentence for First Degree Murder since December 9, 2013.

The Vancouver Province reported that David Langlet was recently incarcerated for the murder of drug dealer Shayne Preece on June 12, 2000 in Surrey. Someone murders a rival drug dealer in Surrey then ends up dead in prison and it barely gets a headline. People think well he committed murder so he got what he deserved. If we can't stop lawlessness in prison, how can we stop it on the streets? Who's in charge? The criminals? Evidently so.

December 2012, Kim Bolan reported that a Kent Institution prison guard was been charged with two counts of trafficking inside the federal institution. May 6, 2013 Jesse Lahn was found dead at Kent 12 hours after he had been transferred there from Matsqui.