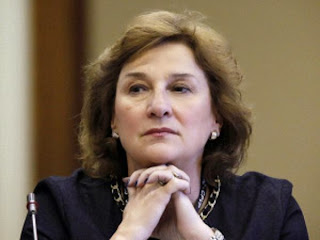 The National Post ran an interesting article yesterday explaining "How federal bill C-13 could give CSIS agents — or even Rob Ford — access to your personal online data. "A wide-ranging new federal bill that will allow Internet and cellphone providers to hand over your personal data without a warrant has privacy advocates concerned about just how many officials will have access to that information, a list that could range from CSIS agents to Toronto Mayor Rob Ford."

"When passed, Tory bill C-13 will mean that any “public officer” or “peace officer” can request, obtain and use data that has been voluntarily provided to them by telecommunication companies, and it spells out legal immunity for any company that co-operates."

"The officers obtaining that data can be anything from tax agents to sheriffs, reeves, justices of the peace, CSIS agents, and even, yes, mayors. That aspect of the bill was enough of a concern for then-Privacy Commissioner, Jennifer Stoddart, to raise the alarm. She released a statement in November noting “the potentially large number of ‘public officers’ who would be able to use these significant new powers.”

CBC is reporting that Federal government departments are collecting data on Canadian citizens via their social media accounts for no good reason, Canada's privacy watchdog says.