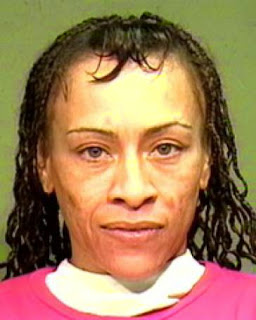 OK here's part two. We've established two things. The Hells Angels involvement with the drug trade as well as their involvement with prostitution and human trafficking. It is hard to conceive that they would be in any way involved with street prostitution in East Vancouver or in Surrey, but they are. They control it.

Let's talk about the Front Room. The epicenter of drug related violence in Surrey. This is where Janice Shore was last seen before she was brutally murdered for a nominal drug debt. I've talked about the predatory drug dealers outside the Front Room before. They are very aggressive and very violent. I've mentioned how violent they are towards street prostitutes there.

I've always had a hard time visualizing a Surrey or East Vancouver crack ho having a pimp extorting their wages. Now I find out the drug dealers are the pimps. The drug dealers give the street prostitutes crack and create a debt. Then when they get a trick they have to bring the money back to them to repay the debt.

Annette Allan worked outside the Front Room. She was murdered at the Surrey House of Horrors and was dumped in the Fraser River. Joseph Francis Legassie, 38, of Surrey was originally charged with her murder but that charge was dropped and replaced with the lesser charge of unlawful confinement.

Joanna Larson confessed to murdering Annette Allan. She beat her with a hammer and stabbed her nine times with a screwdriver. Wrapped her up in a blanket with rocks and dumped her body in the Fraser River. Jojo was released from prison for that murder in 2011.

Annette was picked on because she wasn't particularly good-looking, and they were trying to make it $40 no less. She'd come back with $20 and that lowered the bar for everyone else. Jojo's claim that Annette was a rat was a bold faced lie.

Teri-Lyn Williams was another sex trade worker in Surrey that was found dead outside Tbarz in 2010. Dustin Lee Lalonde confessed to her murder but we know that often guys in prison will be paid to confess to other crimes they didn't commit.

Recently we talked about Larry Robert Mizen. Another drug dealer and pimp outside the Front Room with a long history of violence. He always had a female co accused as well. Just like Colleen, that fat ugly white girl outside the Front Room right now terrorizing all the sex trade workers there. I think these service providers need better representation than the Hells Angels because the HAs just aren't protecting them from the violence and exploitation at all. They are the ones benefiting from it. If they control the drugs outside the Front Room then they ultimately control the street prostitution there as well.

Take a look at the before and after pictures of Teri-Lyn Williams. The first picture is of Terry after her drug addiction in Surrey. The bottom one is of Terry in Alberta taken in 1996. Crack is a poison we have to oppose. We also have to oppose the Hells Angels involvement in human trafficking. 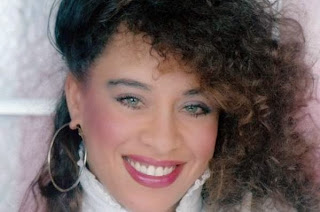 Let's also remember Shannon Collins who was murdered in Edmonton. Her sister was told she was leaving for Calgary to work for the Hells Angels. However, since she was living what police described as a high risk lifestyle, it appears she had already been working for the boys in Edmonton. Georgina Papin was also originally from Edmonton. Her DNA ended up on the Pickton farm. It's a slippery slope. They start off recruiting exotic dancers. Then it's all about strippers and blow. Soon that turns to crack and as soon as the drugs eats away at the woman's beauty and she stops making money she is no longer an asset and is disposed of as a liability.

To all the Mary Magdalenes out there I encourage you to walk away from the drugs. Just walk away and if you can't walk away, run. Run for your life. While you still can. If the drugs won't kill you the one dealing them to you will. Buyer Beware.