The Causes and Consequences of Voter Fraud

The next thing we need to examine is the causes and consequences of voter fraud. Voter fraud is a serious offense. It's worse than drug trafficking and ranks right up there with murder. Stealing someone's vote and falsifying an election rocks the very heart of democracy. This is what wars are fought over. The right to vote. Killing that right is a very serious offense.

Back in September a video was posted of a guy bragging about how much money he was making from all the absentee ballots on the dash of his car. The question we need to ask is who was paying him all that money? The coordination of this operation was a well organized event.

On one level we have a guy making some money stealing a few votes. On another level we have someone organizing all these minions in a coordinated effort to throw an election. This isn't a third world country. This is the United States of America. We need to examine the how and why.

Election fraud is a coup against democracy. That's when a group of thugs use violence to overthrow the democratic will of the majority. In 1953 the CIA supported a coup against democracy in Iran under Operation Ajax. This BBC article highlights it but they left out one important detail. The CIA was only 6 years old. The Operation was initiated by MI6 to protect British interests in Iran's oil.

Since then, the CIA has been well trained in supporting coupes against democracy around the world in defiant violation of the US Constitution which pledges to provide for the common defense (of Democracy). This disturbing trend of the CIA's campaigns against democracy has led us to John Brenen the professed Communist.

Up until now, we were told all the CIA's drug trafficking and their dirty tricks were the result of the end justified the means. They were to save us all from the evils of Communism. But were they really? All the CIA's attempts to prevent Communism in Cuba failed. The Bay of Pigs invasion failed because the CIA told Castro before hand.​ Ultimately the Communist revolution in Cuba was successful because of the CIA.

The Communist invasion of Vietnam was successful because of the CIA. John Brennan forces us to ask which side is the CIA really on? Evidently, Joseph McCarthy was right. That is why the CIA endorsed Joe Biden in this recent US election fraud. Corporate Communism is Communism.

Up until recently I've was unable to connect the last few dots. I could not understand why the rich fund Communism. I only knew that they did. The Rothschilds, the Rockefellers, George Soros, Bill Gates. These rich anti Christs fund Communism and it's not to share their wealth, it's to secure their wealth by bringing back slavery. They fund the best media outlets and propaganda specialists to sell their lies but slavery to protect their interests is always their end game.

Bernie Saunders wanted to do away with the CIA just like JFK did. The Dominion voting software saw him defeated over the CIA's candidate. Joe Biden supported Iran Contra. Bernie Saunders opposed it. The Shadow Party by David Horowitz and Richard Poe explains how George Soros, Hillary Clinton, and Sixties Radicals Seized Control of the Democratic Party. 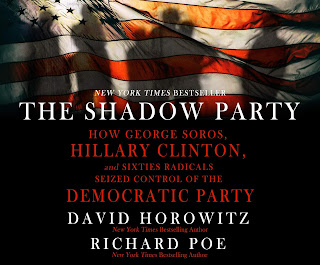 This isn't about Republican vs Democrat. Tuli Gabard is a good person. Joe Biden is a bad man. So was George Bush Jr and Sr. Geroge Bush Sr was the one that got the CIA addicted to drug trafficking in Vietnam. War hero Bo Gritz discovered that and told Morton Downey Jr. It was all confirmed by insider Terry Reed. Bill Clinton was governor of Arkansas when the CIA was drug trafficking out of Mena under George Bush Sr. 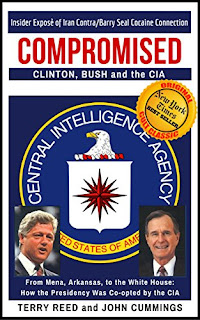