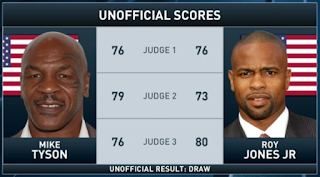 All I can find on the Mike Tyson vs. Roy Jones fight is the live update from CBS which has Tyson ahead 4 - 2 with two rounds to go. It sounds like Tyson has been working the body.

It ends is a draw which is no surprising because they were celebrity judges not official judges.

We were surprised to hear that not only did Mike Tyson go the distance, he seemed to have better cardio than Roy Jones. They did put on a very good show.

Anthony Joshua will fight Tyson Fury in the New Year but will have a title defense against Bulgarian Pulev on December 12​. "Mike Tyson wants charity fights with Anthony Joshua, Tyson Fury and Deontay Wilder to help so many people." Nice. I'd love to see that.

I'm more interested in seeing what Andy Ruiz does next. There needs to be a third fight between AJ and Ruiz but it would probably be another Run AJ Run episode. I'd rather see Andy Ruiz fight someone else. King Kong wants a go. That would be awesome. Rememebr, Andy Ruiz rocked Anthony Joshua and AJ bored Andy Ruiz in the rematch. They were two very different victories. 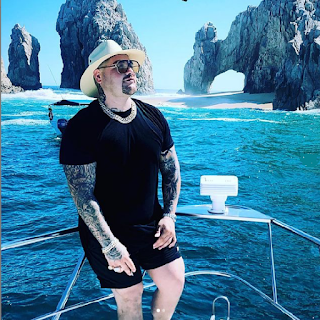