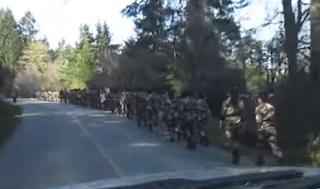 OK I'm going to combine two posts. One about the real threat and the other about the fake threat. First the fake one. Hal Turner, a conspiracy theorist from Jersey posted a bizarre article claiming that "Under a Treaty signed in late 2019 with Canada, the People's Liberation Army of China has been quietly massing military troops in Canada since the beginning of 2020 and those troops are believed to be readying for an actual military invasion of the United States." GMAFB.

The article claimed that Stanley Park is an island, and that the public were not allowed in because of military troops from China stationed there preparing for a US invasion. Stanley Park is not an island, the public is allowed in and there are no military troops from Communist China stationed there. As evidence the article posted a link to the video of the boot camp on Salt Spring Island. The Salt Spring Island video was not of PLA troops. It was a boot camp of women from a religious group some refer to as a cult. False statements supported by false evidence. 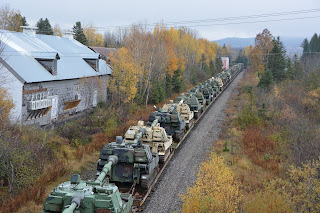 After that was debunked, Hal Turner posted a following up claiming the US were moving tanks into position in preparation for an invasion from uniformed Chinese troops stationed in Quebec. There were no Chinese troops in Quebec preparing for a US invasion. Even if that was true, the US moving tanks into position to repel that invasion would be a good thing.

This is an example of the boy who cried wolf. It's part of the Agency's disinformation campaign. China invading the US with ground forces is unrealistic. Americans own guns and they have air support. There is absolutely no need whatsoever for the Chinese Communist Party to physically invade Canada or the US when they already own and control Justin Trudeau and Joe Biden. 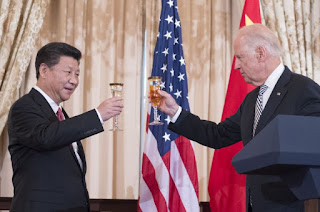 That is the fake threat but there is a very real threat that we should be concerned about. Ezra Levant from Rebel Media has spelled out the absurdity of Agenda 2030. It's tied to George Sorrows, the World Economic Forum, the UN and the World Health Organization. The Communist Party of China's influence over these organizations is very real. 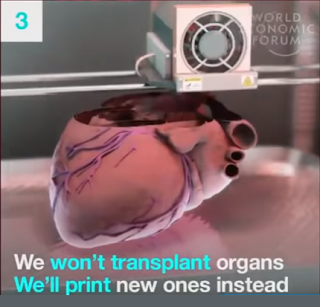 "You'll own nothing and you'll be happy." then it goes off on how you won't die waiting for an organ. Human organs will be created by 3D printers. You're going to print a human heart on a laser printer? Not only is that ridiculous, it is highly suspicious. The whole promise that you won't die waiting for an organ ties in with their current program of organ harvesting from political prisoners. That's why Hong Kong opposes extradition to China. They don't want their activists murdered for their organs like the Falun Gong are.

Ezra Ezra pointed out that video was posted online for four years. As soon as Rebel Media made a report on it, the video mysteriously disappeared just like the UN New World Order website after I reported on it. I didn't create this logo. It was posted on that website.

George Bush was the one that coined the phrase New World Order. He was a globalist like Mitt Romney. Globalist is another world for Communist. Now we see how that New World Order is tied to the UN's Agenda 2030 which Anonymous reported on.

"The United Nations New World Order Project is a global, high-level initiative founded in 2008, and led by Jayme Illien, and Ndaba Mandela, to advance a new economic paradigm, and a new world order for humankind, which achieves the UN’s Global Goals for Sustainable Development by 2030, and the happiness, well-being, and freedom of all life on Earth by 2050." I didn't make that quote up. It was posted on that website and was taken down after I reported on it. 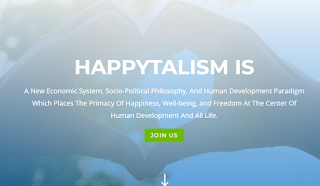 Hapitalism is a poorly translated scene from the Brave New World novel / movie. Political prisoners are not happy. Especially when they are tortured and executed for their organs.

Happiness comes from protecting civil liberty by law like George Washington and Nelson Mandella did. It does not come from stealing every possession anyone has and murdering political prisoners. Buyer Beware. That foreign invasion is almost complete.

The Chinese Communist Party doesn't need to invade Canada. They already have the Canadian police enforicng lockdowns for them.

Update: Justin Trudeau did train and wanted to train PLA troops in Canada. Jail him.