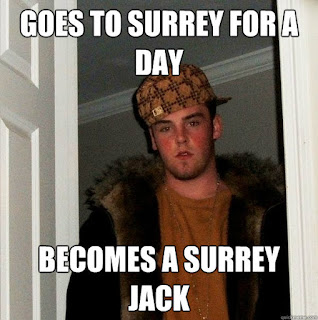 Before I dive into a synopsis of the US election results, I want to expand upon something a former CIA director said about West Point. US Secretary of State Mike Pompeo said when he was a cadet at West Point, the motto was "You will not lie, cheat or steal or tolerate those who do." Then he admits when he was the Director of the CIA they lied, cheated and stole all the time. That was their method of operation. It is the same with Larry Amero and the Surrey Girl Chapter of the Hells Angels who call themselves West Point because they'll get capped in Surrey.

I refuse to call the Surrey Girl Chapter of the Hells Angels West Point because they are the exact opposite of everything the real West Point stands for. The closest they will ever come to valor is on Xbox. Mike Pompeo stated West Point's real motto was "You will not lie, cheat or steal or tolerate those that do." Let's compare that noble motto with Larry Amero's pathetic life and see the contrast. Let's start with stealing since that's how gumby got his start.

Larry Amero is not from Surrey or the hood. He was a rich yuppie from Langley. He went to Walnut Grove. I know someone who went to high school with him. After I got kicked out of high school in Surrey, my parents moved to the other side of Walnut Grove and I went to Mountain. Every day on my way to school I'd drive my Triumph Spitfire past Walnut Grove to Mountain since the Walnut Grove high School hadn't been built yet. Mountain was academic.

After I got kicked out of Mountain I had to go back to Surrey. My point is, Walnut Grove was a rich suburb. There is nothing ghetto about it. Larry's father was a longshoreman. When Larry was in high school Larry got his first aid ticket and his Dad got him a cushy job riding around on his boat. Larry wore designer jeans that would have got him shanked in Surrey. Since Larry was a social reject with money and a car, the thugs used him as a driver for their B and Es. Larry would brag about it by bringing stolen stuff to school. He was the epitome of a loser from day one. He stole because he thought it was cool not because he was poor.

Since Larry was picked on in high school, he started taking steroids. He became involved with the Hells Angels though his father's longshoreman's contacts. Needless to say, the yuppie was empowered by the club and he became quite arrogant. One time he was hitting on a boxer's wife in front of him. The boxer warned him to back off. Then Gumby comes out with, do you know who I am? I'm involved with the Hells Angels. The boxer said IDGAF who you are with. Leave my wife alone. Larry refused so the boxer beat him up. The next day a couple of members of the club took the boxer for a drive and said if he ever did that again, they would kill him. This reveals Larry's true character or lack thereof.

OK so Larry got his start doing B & Es as a petty thief. A low life Surrey Jack as we would say locally. A couple of young ladies from Surrey posted a funny Miley Cyrus parody of Party in the USA and changed it to Dirty Surrey. One line says someone stole my bong, so I pulled out my knife and the Surrey Jack ran away. Another line says someone then stole her blow, so she pulled out her gun and the Surrey Jack ran away. No one likes a thief or a Surrey Jack. That is why we mock them. They are two-bit losers. Just like Larry. Money does not buy respect. Not here.

Before we get into infidelity, let's look at the straight up dishonesty because no one likes a liar. During the 2009 Vancouver Gang war Larry played both sides. He worked with guys in the UN while he supplied the Bacon brothers who were at war with the UN. To prove his loyalty to the UN at the time, he even had one of his exs, Sara Trebble, ride in a car with the shooters who did a hit on a Bacon Brother Associate outside of Shakerz. That was pathetic. Larry Amero was in bed with Jonathon Bacon from day one. Larry was the driving force behind the Surrey Six yet he passionately denied it at the time. Until his coming out party in Kelowna where he got shot.

There's a funny story about how Jemma would react to Larry's perpetual infidelity but that is a story for someone else to tell. Perhaps the local Dali Lama will reveal that in due course. It's not my call. My point is, there was nothing honest about Larry Amero. He is and was a lying POS.

Yet once again his arrogance has consumed him. Doing business with the Quebec charter was way out of his league. Yet capping Quebec members was absolutely uncalled for. As they say in Rome, Pride cometh before the fall and great shall be the fall thereof. Word.

As we approach Remembrance Day in Canada we reflect upon the nobility of military service. Note the key word, service. Military service reflects selfless sacrifice. The willingness to die for someone else. That is something the real West Point exemplifies while Larry Amero is left clueless in Seattle about. Larry's greed exemplifies selfishness. Service and sacrifice are unknown to him. When it was his turn to take the fall for a couple of Quebec members, he said no just like Jason Wallace did. Gumby is the same. Let it be known that there is nothing noble about Larry Amero. He is nothing but a two bit Surrey Jack. History has recorded that. Drive on. 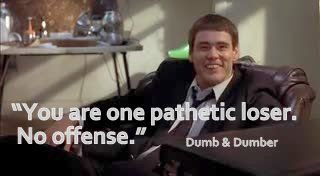