Seizing your car after two drinks is wrong 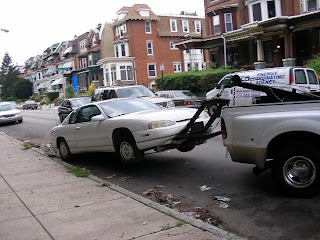 The Vancouver Province ran an interesting article about an experiment they did testing just how many drinks you can have before you are over the new legal limit. A great idea because there is so much ambiguity about it, no one really knows. The rule of thumb is one drink is safe, two drinks is not.

Obviously other factors like how much you weigh, over how long of a period you consume the drinks and whether or not you eat with the drinks are other relevant factors. Nevertheless, the general conclusion of their test showed that Reporter Damian “Grizzly” Inwood, 60, 190 pounds, six feet tall, blew .067 after two sleeves of strong IPA.

So there you have it. Two pints of strong beer for a grown man is over the new legal limit and will not only see you get a roadside suspension and a criminal record, it will see your car seized. Having your car seized for two drinks is just plain wrong. Even the Vancouver police complain about how that's tying them up and preventing them from doing real police work. It crosses the line in turning us into a police state where the government controls every thing we do.

I am not advocating rights for drunk drivers. I'm saying that when a grown man has two drinks, he should not get his car seized. To do so is wrong and becomes intrusive on our civil liberties relating to both protection of property and one's mobility rights. Over .08 is a different story. That definitely warrants an impaired charge but even seizing the car at .08 is intrusive. Warning at .05, impaired charge at .08 and seizing the car at .10 - that would make more sense.

Ethan Barron is a pretty bright guy and a great columnist. Yet when he writes an editorial claiming after their experiment "We prove the new .05 limit is a good one" I'd have to say no you didn't. You just proved it's absurdity.

Take a look at the Hollyburn Killer. Here's a guy that gets sent to jail in 2008 for committing murder. He stabbed someone more than 30 times and only gets a 5 year sentence. That was in 2008. Now he's applying for early parole again. Family of the victim are hopeful he won't be released before two thirds of his sentence is served. Two thirds of a five year sentence for committing murder and he's out of jail automatically. That is statutory release.

The family is just trying to make sure he doesn't get out before then. 3 and 1/3 years for murder is insane. Yet we are too preoccupied with seizing people's cars after they have two drinks. You have now entered the Twilight Zone. Welcome to Beautiful British Columbia. 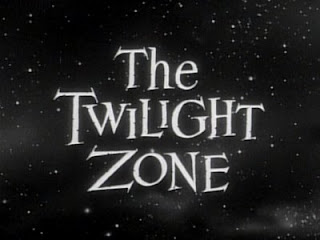